If skipping your normal morning cup of coffee leaves you with a throbbing headache, you’re likely familiar with the effects of withdrawal — the body's response when a frequently-used drug is suddenly removed from the system. While unpleasant, such a headache is a result of the adjustments your body has made to compensate for caffeine’s presence in your daily life.

The body makes these adjustments in an attempt to maintain stable internal conditions. Maintaining this stability, called homeostasis, is a bit like keeping a see-saw balanced when weights are constantly being added and removed.

Whether it’s alcohol, opiates, or caffeine, all recreational drugs trigger the release of dopamine in the brain's reward system, which is what makes them so addictive. This is like adding extra weight on one side of the seesaw. With long-term drug use, brain reward systems will slow down, returning the seesaw to its level position. However, when a drug user chooses to abruptly break from drug use instead of gradually decreasing consumption, the drug’s stimulatory effects on the reward system are no longer present. As a result, the seesaw tips in the other direction, and activity in the brain's reward systems drops, resulting in an anti-drug low, which can include symptoms like depression and irritability.

It is not just reward systems in the brain that are affected by drug withdrawal. For example, if heavily dependent alcohol drinkers stop drinking, they often face a range of cognitive and physical symptoms. Alcohol is a sedative drug that slows brain function. To compensate, many brain circuits increase the basal level of activity. Without alcohol present, these circuits become hyperactive, resulting in anxiety, hallucinations, seizures, and even death. 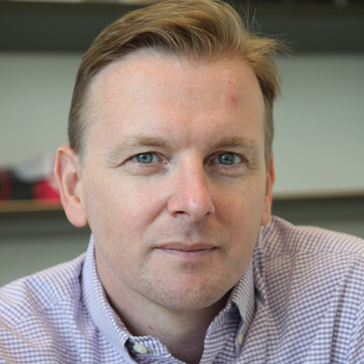 Paul J. Kenny is Ward-Coleman Professor and chair of the Dorothy H. and Lewis Rosenstiel Department of Pharmacology and Systems Therapeutics. His research is focused on understanding the neurobiological mechanisms of drug addiction, obesity, and schizophrenia.