Do cell phones cause brain cancer?

Over the past two decades there have been many studies aimed at detecting a risk of brain cancer associated with cell phone use. And over the last three decades, various studies asked whether electromagnetic fields (EMF), mainly produced by power lines, might cause leukemia or other types of cancer in children.

Furthermore, no plausible causal mechanism that could relate EMF exposure to cancer has been proposed. Such potential mechanisms have been difficult to identify because EMF or cell phone signals — unlike exposure to ionizing radiation from, for example, x-rays — carry too little energy to have significant biological effects that might produce the transition from normal cells to cancer cells.

Does this mean that cell phone signals do not cause cancer? Science can demonstrate that a particular exposure can cause cancer — cigarette smoke, for example — but science can never show that the exposure to some agent does not cause cancer. After a third of a century and many hundreds of experiments that have failed to show that EMF exposure does cause cancer, most of us believe that were a cause there, it would have turned up. But we can never be absolutely certain. 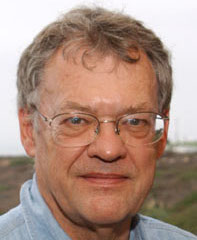 Charles Stevens is a professor at the Salk Institute. His specialty is theoretical neurobiology.