What Happens in the Brain During and After a Concussion?

A concussion, which is a form of mild traumatic brain injury, occurs after a blow to the head. The brain is surrounded by fluid and protective membranes called meninges, which usually cushion the brain.

During an impact, the brain is pushed against the inside of the skull and can be bruised. In addition, different parts of the brain can move at different speeds, producing shearing forces that can stretch and tear nerve tissue. They also alter the balance of ions and chemicals in the brain, which impairs nerve cell function and contributes to the loss of consciousness seen in concussion. Some nerve fibers can recover from such an injury, but more severely injured nerve fibers can permanently lose their ability to send signals and communicate with other brain cells.

Secondary injuries are processes activated in the injured brain that can worsen the effects of a concussion. These kinds of injuries include the production of harmful chemicals called free radicals, inflammation, impaired transport of molecules within nerve cells, and imbalances of key ions needed for nerve function. Recovering from these injuries is an energy-intensive process in the brain, but the damage makes it hard for nerve cells to generate the necessary energy. Blood flow to the site of the injury is also reduced, which hinders the delivery of oxygen and nutrients needed for recovery.

Many people who have concussions experience post-concussional symptoms such as headaches, dizziness, fatigue, impaired focus, and an increased sensitivity to light and sound. Symptoms usually clear up within a few weeks, but, in a small proportion of individuals, they can last longer and can be responsible for prolonged changes in cognitive function. While rare, a second concussion before the brain has had a chance to recover can cause life-threatening brain swelling, and repeated concussions could cause progressive cognitive decline. 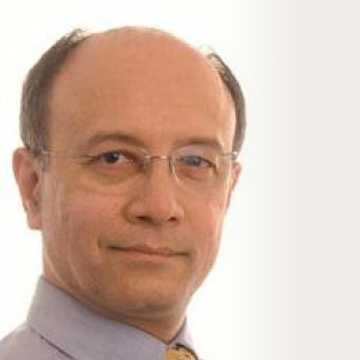 David Menon is head of the Division of Anesthesia  in the Department of Medicine at the University of Cambridge. His work aims to advance treatment possibilities to victims of brain injuries and other disorders.