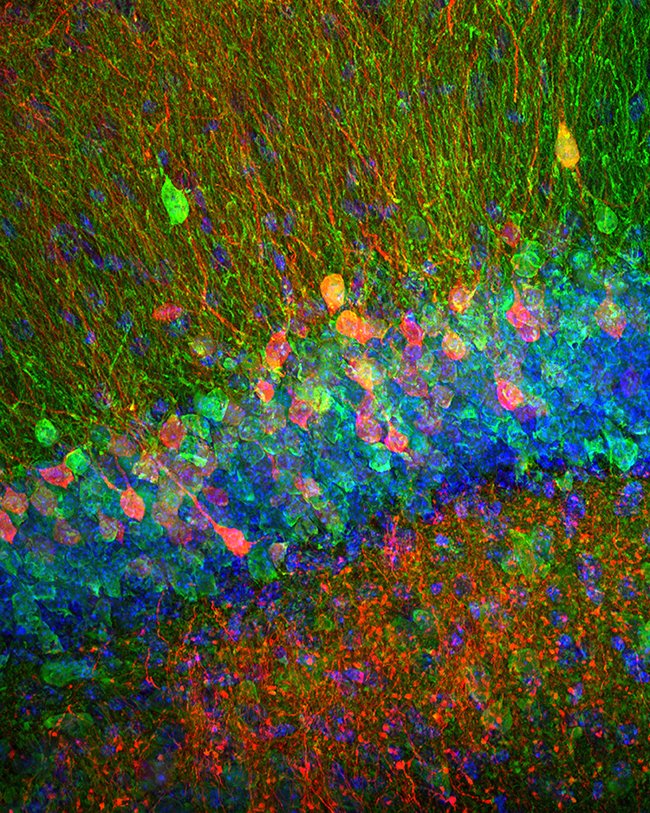 For decades, scientists believed the brain was incapable of growing new cells. We now know neurogenesis — the birth of new cells — occurs throughout life, but only in certain parts of the brain, including an area involved in learning and memory called the hippocampus. Specifically, cells are born in in a part of the hippocampus called the dentate gyrus. The image above shows the dentate gyrus of an adult mouse with individual cells stained in green and pink. Scientists found that when neurons lacked a certain protein, newborn cells became misshapen and wandered into the wrong part of the dentate gyrus. As a result, the mice had problems with learning and memory, suggesting this protein helps new cells develop normally.