“Can you provide a definition for the word ‘woman’?”

When posed this question during her confirmation hearings, Supreme Court Justice Ketanji Brown Jackson deferred to biologists, pointing out that answering it would require nuance and context. But even scientists would likely balk at the request, since a person’s gender (of which “woman” is one possible identity) is shaped by much more than biology.

Where biology plays a bigger role is in defining a person’s sex, which is determined by multiple factors, including their gonads, hormones, and number of X and Y chromosomes. The distinction is important for translational neuroscience because while we’ve known for decades that men and women are affected differently by mental illnesses like depression, addiction, and PTSD, as well as neurological disorders like Alzheimer’s and Parkinson’s Disease — the causes of these health disparities are mostly unknown. Dissecting the unique influence of both sex and gender on brain development, function, and disease remains a critical challenge for neuroscientists.

Meeting that challenge means considering the sex and gender of research subjects, something that historically has not been standard practice in most laboratories. In fact, pre-clinical neuroscience studies over the last century have generally been conducted only in male animals. The reasons for excluding females from research are mostly two-fold and are seemingly contradictory.

On one hand, researchers believed that because ovarian hormones in female rodents undergo a cycle of highs and lows (similar to that in humans), the data they collected would be messy and hard to interpret. On the other hand, they also believed that the principles of brain function were probably universal, and so there was no need to study both male and female animals.

“…Where these studies have fallen short is in their neglect of how the animals’ sex may have contributed to the experimental outcomes.”

It turns out that scientists were wrong on both counts – recent meta-analyses have shown that if anything, data from males is often “messier” than that from females. And while the brains of male and female subjects are indeed very, very similar, there are measurable sex differences that can influence brain function in important ways.

Like more well-known sex differences in anatomy, sex differences in the brain are a question of averages, not absolutes. For example, men are taller than women on average, but the vast majority of men and women’s heights fall within a common range. In the same way, our brains all have roughly the same number of neurons, the same neurotransmitters, and the same molecular machinery for regulating gene expression and protein synthesis. From the outside, not even a trained neurobiologist would be able to look at a brain and discern the sex of the individual it came from. Where a person’s sex may make a difference is on the inside — in how those neurons, neurotransmitters, and molecular mechanisms interact with each other to respond to both internal and external stimuli, and ultimately drive our thoughts, emotions, and actions.

It’s difficult to study such microscopic-level processes in humans, which is why many neuroscientists turn to animal models (especially rodents) to help us understand how the brain works. Research in rats and mice has revealed countless insights into the biological basis of functions like memory formation, decision making, and even psychiatric conditions like anxiety and schizophrenia. But where these studies have fallen short is in their neglect of how the animals’ sex may have contributed to the experimental outcomes. This is a problem from a public health standpoint because it means that what is discovered in male animals becomes the textbook “truth,” and the treatments that are developed based on animal research may be limited in who they can help.

Recognizing this shortcoming, in 2016 the National Institutes of Health (NIH) introduced a new policy for grant applicants, “Considering Sex as a Biological Variable” (SABV). The policy stated that in all new applications, scientists had to design experiments that included both male and female animals. Despite some early resistance, the last six years have seen many neuroscientists incorporate female animals into their research plans for the first time, a shift that has produced both exciting new findings as well as unexpected obstacles.

The decades-long view that only data collected in males represents “real” neurobiology has resulted in a skewed and unnecessarily narrow understanding of what’s possible in the brain.

One of the biggest challenges has arisen in the field of Behavioral Neuroscience. Research in this field seeks to understand how the brain regulates behavior — from spatial navigation and pleasure-seeking to fear and aggression. To measure these constructs in the laboratory, scientists must design and validate controlled tasks in which an animals’ behavior will change in a reliable and predictable way as a result of experimental manipulations.

For example, an animal undergoing a test for fear should behave differently when a threatening stimulus is present compared to when it isn’t. By running this test over and over again in hundreds of animals, experimenters can determine what behaviors most likely indicate that an animal is afraid, and these behaviors then become the standard measuring stick for labs all over the world. But what happens when these standards are defined in male animals only?

As it turns out, behavioral tasks are not one-size-fits-all. What we’re now finding is that widely used paradigms that were designed in males to capture behavioral states like fear, despair, and even memory don’t necessarily tap into these processes in female animals. Females may adopt unique strategies when engaging with their environment or deciding how to react to a threat, and we risk overlooking or discounting these behaviors if we’re only looking for those defined in males. The decades-long view that only data collected in males represents “real” neurobiology has resulted in a skewed and unnecessarily narrow understanding of what’s possible in the brain. It’s time for neuroscientists to dig into SABV and find out what we’ve been missing all these years.

As we do so, it will be critical to recognize that there are no “pink brains” or “blue brains.” In lab rats, sex simply reflects one possible (but powerful) source of variability in experimental outcomes, and how our discoveries in animals will translate up to humans will likely not fall along strict sex divisions. Instead, careful consideration of the many mechanisms our brains can use to help us think, feel, and navigate the world will give us a better, deeper arsenal for treating people of all genders when something goes wrong. In that way, addressing SABV — embracing the diversity within the brain rather than searching for a singular truth — will not only advance our fundamental understanding what our brains can do, but improve public health for everyone. 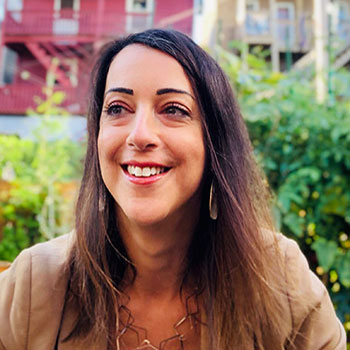 Rebecca Shansky earned her Ph.D. in Neurobiology at Yale University and completed postdoctoral work at the Mount Sinai School of Medicine before joining the faculty in the Psychology Department at Northeastern in 2011. She directs the Laboratory of Neuroanatomy and Behavior, where her team uses rodent models to explore the links between brain structure and function, focusing on how individual differences in response to trauma shape long-term memories. She is a vocal advocate for gender and sex equity in experimental design, highlighted recently in her Science Magazine Perspective piece, “Are hormones a ‘female problem’ for animal research?” 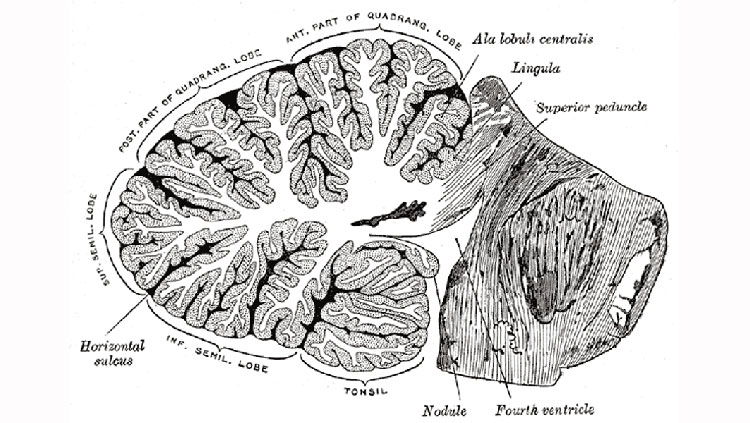