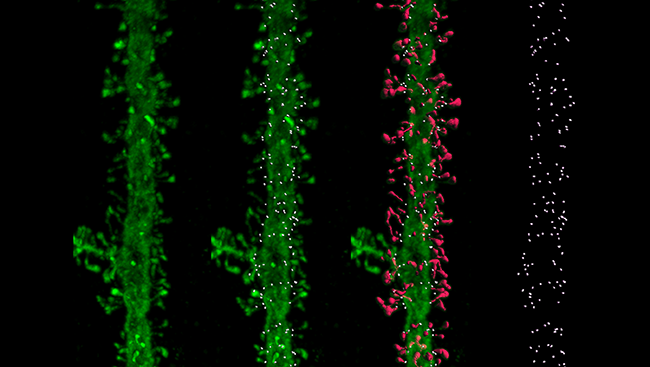 
The dendrites of neurons are sprinkled with tiny, mushroom-shaped structures called dendritic spines. Axons from neighboring neurons connect with the spines to form a large portion of the brain’s synapses — synapses believed to play an important role in learning and memory.

To study how spines are arranged on dendrites, scientists mapped their locations on human cortical neurons. In the image above, the spines can be seen as small protrusions on the main dendrite bodies. The scientists labelled the spines (pink) and used this to build a digital map with the precise location of the spines (white dots). They found that the spines were arranged randomly rather than forming a pattern, and they believe this random arrangement could hold additional clues about their development and function.