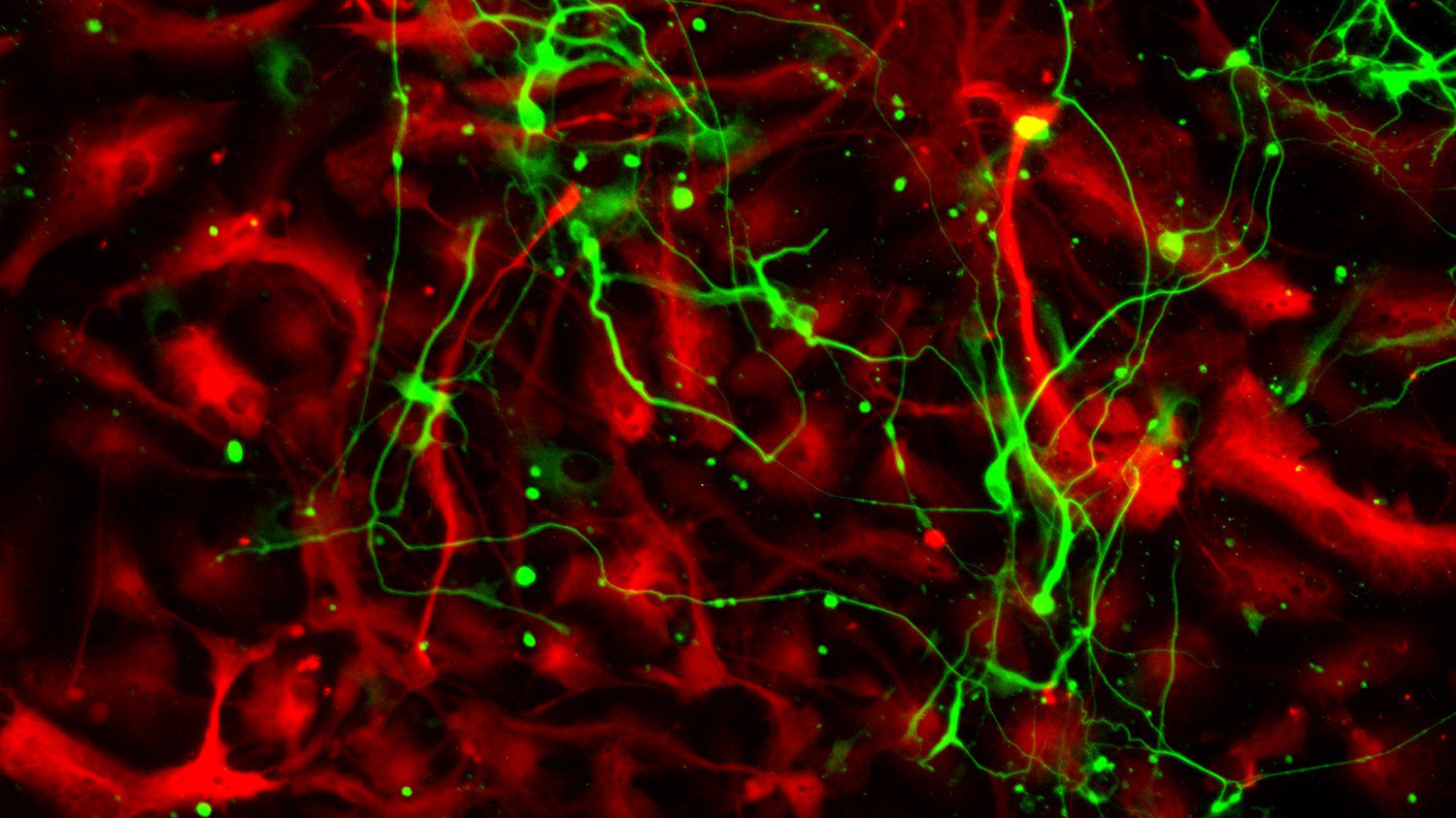 Named for their stellar shape, astrocytes’ branching arms let them lend a helping hand in a wide variety of neural tasks. Bridging the gap between neurons, they recycle the chemicals that drive neuron-to-neuron messaging, and clean up any leftover chemical dispatches. Other arms latch onto blood vessels, helping to control blood flow.

They glow red in this image, forming a backdrop for the green neurons. Each astrocyte’s abundance of branches forms a constellation of connections with neuron pairs, as many as 140,000 by some estimates.

Long considered supporting actors, newly discovered roles such as monitoring and throttling activity in their associated neural networks are helping astrocytes emerge as stars in their own right.