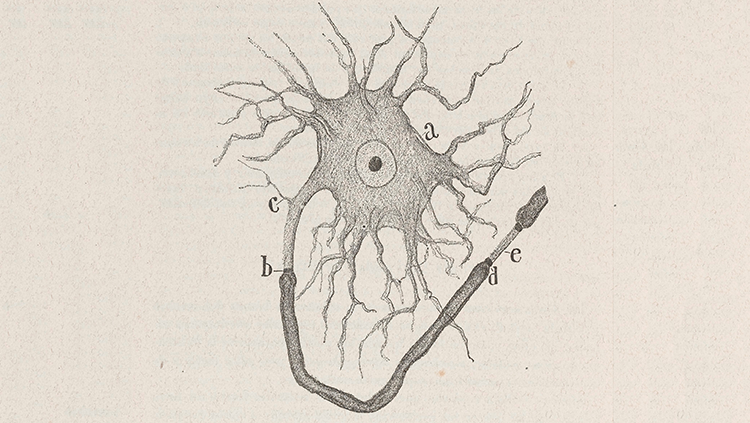 We take it for granted that the brain — like the rest of the body — is made up of cells, but that conclusion wasn’t always so obvious. In the late 1800s, physiologists could see from dissection that the brain was made of fibers, but not how they were connected. Most assumed that all of those wires linked up smoothly into a network, because the brain mesh was too complicated to tease apart, even under a microscope.

That notion was dashed by Spanish doctor Santiago Ramón y Cajal. He refined a way to stain just one or two neurons black — a method originally developed by a champion of the smooth network theory, Camillo Golgi. Even without modern photography, Ramón y Cajal was able to prove Golgi wrong. His sketches, like the one above, showed that the fibers touched, rather than joined, and all led back to a cell body — the neuron. The two rivals shared the 1906 Nobel Prize in medicine for the discovery, and Ramón y Cajal’s drawings captured such fine details that they remain common in textbooks today.