The Organs That Keep Neurons Running 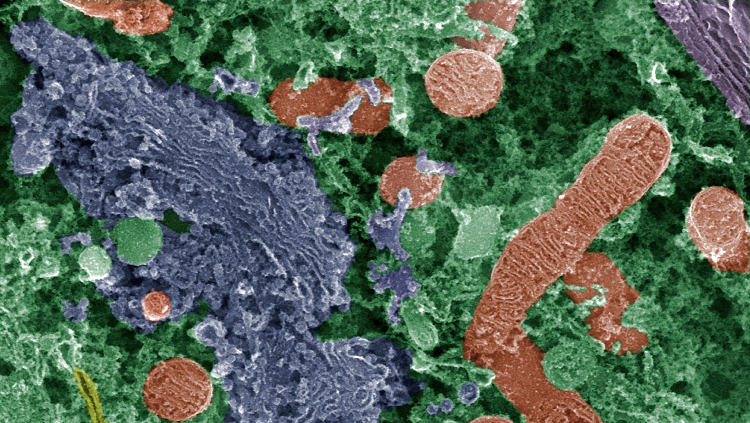 Sketches often depict brain cells as alien amoebas, with pointy arms surrounding a smooth grey body. Open one up though, and you’ll find it has the same parts as any other animal cell. In this false-color spiral ganglion neuron, which turns sound into electric signals in your ear, the orange ovals provide power. Called mitochondria, they exist throughout the neuron and its arms, transforming sugar from food into energy the cell can use.

The crinkly purple blob helps package molecular ingredients such as proteins into lipid droplets. This part plays a crucial role in brain cells, where they help assemble and distribute some of the chemicals neurons use to communicate. All cells have these organelles, but they were spotted first in owl neurons by Camillo Golgi — an Italian biologist who pioneered a way of highlighting neurons with a dark stain — in 1898. Scientists debated his observations until powerful electron microscopes proved him right in the 1950s. Today the organelle bears his name — the Golgi apparatus.