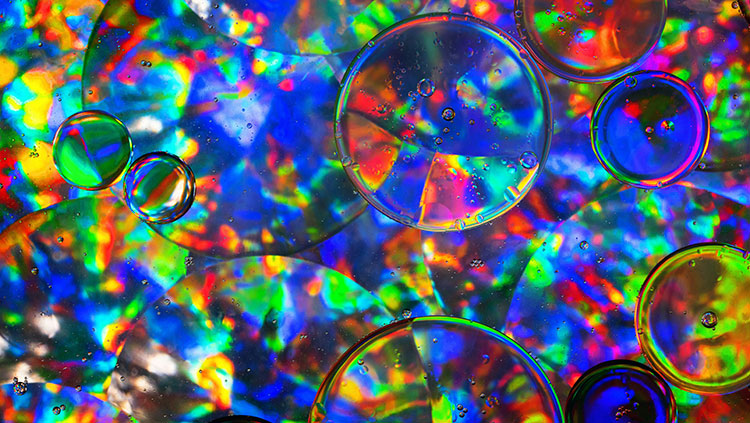 Photo by David Clode on Unsplash

Alex* unscrews the lid of a small amber vial and carefully transfers a few drops of its liquid contents to a large bottle of water. Then he measures out an eighth of an ounce of this mixture — the perfect microdose of LSD.

A designer and inventor in his mid-40s, Alex first started taking tiny doses of LSD, a practice known as microdosing, four years ago. “I thought microdosing might give me some new perspective on [work] projects.”

He’s not alone. Microdosing has gained popularity in recent years, with users touting a range of benefits from enhanced creativity and increased productivity to improved mood and well-being. Anecdotal reports even suggest microdosing can dramatically decrease depression and anxiety in certain people.

“People have claimed so many different effects from these low doses of LSD — increased creativity, energy, productivity, focus, empathy, spiritual awareness, enhanced senses, wisdom, and open mindedness,” says Harriet de Wit, an experimental psychologist at the University of Chicago. “And they can’t possibly all be true.”

De Wit has long been interested in how psychoactive drugs like methamphetamine, MDMA, and THC affect the brain, from neural activity to memory to mood. This same curiosity drew her to study the effects of microdosing LSD. “It’s a very popular phenomenon — there are so many people [microdosing] but we didn’t really have any systematic, controlled data on it.”

Now, de Wit is on a mission to get that data. She’s currently running one of the world’s first double-blind trials to determine how repeated microdoses of LSD affect emotional states in people with negative mood. She and other scientists want to figure out whether microdosing is all hype, a salve for our unhappiness, or something in between.

Ruling Out the Placebo Effect

Microdosers most commonly use psilocybin — the psychoactive compound in magic mushrooms — or LSD. They usually take just 5 to 10 percent of a standard psychedelic dose, so they don’t experience things like visual hallucinations, altered perceptions of reality, mystical or quasi-religious experiences, and intense emotions. “I’m not tripping out, with [visual effects] like things melting and shifting,” says Alex. “The visual hallucinations aren’t there.”

Instead, users report a range of benefits and improved mood tops the list. In a recent study, researchers surveyed 278 people who microdosed and found mood improvements were the most frequently mentioned benefit of microdosing. Surveys like this are an important first step for research, but there are a lot of caveats. For example, they can’t control for the placebo effect.

“The big problem with people using microdoses in a natural situation is that they go in with very strong expectations… [Placebo-controlled trials] are the only way you can really see whether any of these claims are true,” de Wit says.

Double-blind trials — in which neither the patients nor the researchers know who got a drug and who got a placebo — tease out the real effects of a drug, especially when they’re so subtle. In one of de Wit’s studies, for example, about 50% of the participants who received a single microdose (13 micrograms) of LSD incorrectly guessed they had been given a placebo.

Norman Farb, a psychologist at the University of Toronto, is preparing to apply for approval for a double-blind trial of his own. His study will examine the effects of microdoses of psilocybin in people with low-grade anxiety and depression as well as in people with persistent depressive disorder.

Despite the drug’s relatively untested nature — and the fact that the trial hasn’t even started yet — Farb sees overwhelming enthusiasm for the study. “We have a very long, unsolicited waiting list of people who just cold call us and say, ‘Sign me up for the trial!’”

Both de Wit’s and Farb’s studies will include people who don’t have severe mood disorders but who aren’t exactly happy either: “People [who] say that they’re distressed, but dealing with it,” Farb says. While it’s difficult to quantify exactly how many people are experiencing non-clinical distress, it’s probable that most of us have experienced it in our daily lives, even if only temporarily. “Unfortunately, it’s not hard to find people who are in that moderate depression, moderate anxiety range who aren’t quite hitting the threshold for a clinical diagnosis,” Farb says.

Farb is intrigued by the possibility that microdosing could help people break bad habits and get out of an unhappiness rut: “If you give people the capacity [for behavior change], will they ‘choose their own adventure’ into something more positive?” Preliminary studies suggest full-dose psychedelics can promote this kind of mental and behavioral flexibility, but it’s unclear if microdosing has the same effects.

Both de Wit’s and Farb’s studies will examine the effects of repeated microdoses over the course of weeks. Farb says this is important not just for understanding potential benefits of microdosing but will also provide crucial information regarding its safety.

Research in Animals Hints at a Mechanism

The placebo effect may partly explain microdosing’s long list of reported benefits. Still, research in animals suggests some of the effects are real — and that they happen because the drugs alter the connections between brain cells.

Chemical neuroscientist David Olson studies the effects of psychedelics in animal models and in cells. In one study, he and his colleagues at the University of California, Davis, gave repeated, very low doses of a psychedelic called DMT to rats and found it had antidepressant-like effects on their behavior: when placed in a pool of water with no escape, they kept paddling and looked for a way out. Untreated rats gave up and floated. The DMT also seemed to help the animals forget fearful memories more quickly.

Olson thinks the antidepressant effects of DMT and other psychedelics stem from their ability to increase neuroplasticity. Indeed, his work has shown that psychedelics — including LSD and DMT — promote the formation of new neural connections, or synapses.

The Future of Microdosing

Despite growing evidence about microdosing and rising cultural acceptance of the practice, the fact remains that all these drugs are illegal. In one survey, about a quarter of people who stopped microdosing said they did so because they were concerned about potential legal consequences. But de Wit says that, at least in recent years, this hasn’t hampered her research. “I have to say that the regulatory agencies have been co-operative; they’re trying to help us be able do the science.”

Farb hopes double-blind trials will help to fill the gaps in our understanding about the potential side effects of microdosing. Even though many people report beneficial effects from microdosing, negative effects — such as increased anxiety, physical discomfort, and impaired focus — have also been reported. And, it’s unclear if repeated microdoses could open the door to psychological dependence or other problems. Farb’s trial will include tests to help determine if and when it is safe for these individuals to drive a car, a major safety concern when it comes to drugs that affect the brain.

Overall, researchers hope that microdosing will have some of the same beneficial effects on mood observed in trials of full-dose psychedelics, which demonstrate long-term decreases in symptoms of anxiety and depression. But, perhaps without hallucinatory experiences that interfere with daily functioning or the risk of “bad trips.”

Olson wants to go a step further. He is interested in developing a drug that would promote neuroplasticity and mood improvement in the same way as psychedelics, but without any hallucinatory properties, even if taken in higher doses.

“I really think that this is a paradigm shift in the way that we think about treating brain disorders,” Olson says. “Instead of trying to rectify a chemical imbalance or inhibit a specific receptor, we are trying to go in and do molecular surgery and fix neural circuits.”

But that’s a long way off. In the meantime, de Wit’s and Farb’s trials will help us figure out if microdoses of more traditional psychedelics could, in fact, alleviate some of the low-grade anxiety and depression that seems to plague so many of us. 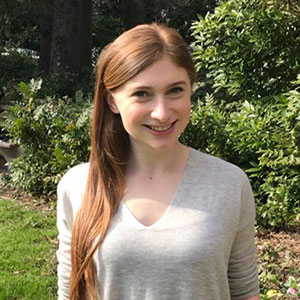 Hannah Thomasy is a freelance science journalist. She received her PhD in neuroscience from the University of Washington, where she studied how concussions affect sleep behavior.

1. Why are double-blind trials necessary to understand the effects of microdosing?

2. Scientists speculate microdosing enhances neuroplasticity. Why might this be beneficial?