Today's neuroimaging technology allows scientists to understand how the living brain functions in a variety of situations better than they ever were able to before. But, for all that neuroimaging studies have revealed, many questions remain unanswered: How might information obtained from brain scans impact key healthcare and courtroom decisions? What companies or groups might benefit from access to such information? How private will the inner workings of our brains be in the future? 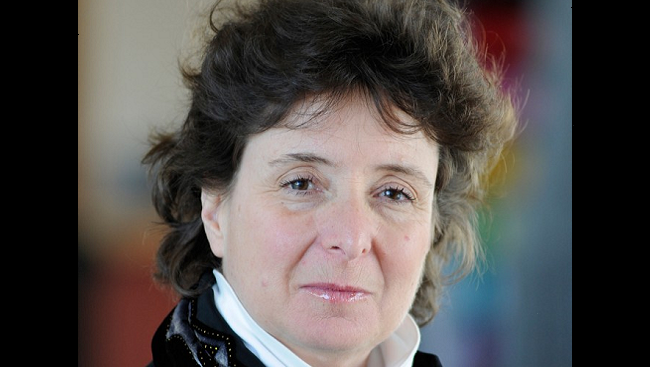 Judy Illes is professor of neurology and Canada Research Chair in neuroethics at the University of British Columbia.

University of British Columbia neurology professor Judy Illes is drawn to these and other challenging questions raised by neuroscience research. In 2006, Illes co-founded the International Neuroethics Society, bringing together scientists and other professionals interested in the social, legal, and ethical implications of neuroscience research. In 2011, she was awarded the Society for Neuroscience's Louise Hanson Marshall Special Recognition Award, honoring an individual who works to promote the professional advancement of women in neuroscience.

As a young researcher in San Francisco in the 1980s, I was working on a project looking at how the electrical signals from the brains of professionals required to stay awake and attentive for long periods of time differed from people with more regular sleep-wake schedules when a strange thing happened: the scan taken of a seemingly healthy man in preparation for the study revealed a brain anomaly. With no physician on the research team available to consult for an opinion about the findings, we had no way of knowing if the results of the scan were a risk to the man or not. We chose not to inform the man about what we observed on the scan.

Decades later, I was working in an academic management position at Stanford when I began reading about some of the work in the area of neuroethics that was originating out of the Center for Bioethics at the University of Pennsylvania. The more I read, the more I recognized that there was not only a niche, but an untapped, urgent need for people within the neuroscience community to start thinking about the ethical issues raised by their research.

What are some of the ethical questions raised by neuroscience research?

Neuroethicists consider everything from the societal impact of widespread use of cognitive enhancers to the potential risks associated with including certain people in studies that involve brain scans.  For example, when we recruit people for studies, we expect them to be healthy or only have a disease that is of interest for the experiment. But, as the case I mentioned earlier indicates, sometimes the technology reveals something quite different, such as a brain anomaly. We call such unexpected abnormalities “incidental findings.”

What should researchers do if a brain scan reveals something unusual? They are not medical doctors, so what is their responsibility? How should they balance the potential anxiety caused by alerting a study participant that there may be something abnormal about his or her brain scan with the decision to not move forward about something that may have real significance for the health of the person? The standards today for what researchers ought to disclose to study participants are still flexible and often debated. However, everyone agrees on one thing: researchers have to have a plan for dealing with incidental findings and let their study participants know what that plan is.

How do you start to examine these types of questions?

When it comes to the study of incidental findings, we work with imaging neuroscientists and radiologists to retrospectively identify abnormalities on MRI brain scans obtained during studies of people in experiments looking at everything from working memory to emotion. By examining the frequency and nature of such abnormalities in different age groups or in men versus women, we can start to get a sense of whether there are certain groups that show a greater chance for having an abnormality.

What is the ultimate goal of your studies overall?

The social, legal, policy and ethical issues introduced by neuroscience research raise important questions that require us to consider perspectives on brain health and disease from all points of view, including different values, personal autonomy and culture. Ultimately, we want to promote health by creating best practices for basic research and clinical neuroscience worldwide. This means anticipating the challenges that neuroscientists may face through their discoveries and providing guidance and best practices that really empower the translation of that science to the domain of healthcare and the public view.

In order to develop best practices for approaching cases of incidental findings, for instance, we have brought together large groups of experts in law, physics, economics, neuroradiology, and neuroimaging to discuss a well-defined set of problems. These meetings help establish guidelines for researchers to handle incidental findings. Many of these guidelines, especially those pertaining to the anticipation of incidental findings and transparency about how they will be handled, have been adopted by laboratories around the world.

What is another example of an ethical question raised by advances in neuroscience?

Scientists are now able to identify and measure biomarkers for Alzheimer's disease and frontotemporal dementia — diseases for which there are currently no cures.

At which point should we start treating a person who tests positive for a biomarker of a disease yet has no symptoms? Markers of disease are only statistical probabilities a person will develop the disease. What if someone is treated who would never have had the disease? At what age should we test or intervene? What if the intervention is not ultimately effective down the road? We want to anticipate these questions and ethically-guided answers to them.

What recommendations do you have for a student interested in a career in neuroethics?

The rate of growth in the field is extraordinary, as demonstrated by the growing numbers of neuroethicists in neuroscience and other departments around the world. However, most schools don't have departments dedicated to this area of study, so we encourage people to have primary training in traditional disciplines such as neuroscience, medical sociology, or bioethics, and to continue their training by specializing in neuroethics. As a field, neuroethics is young and vibrant. It is a fantastic place to be. 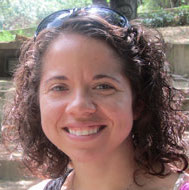