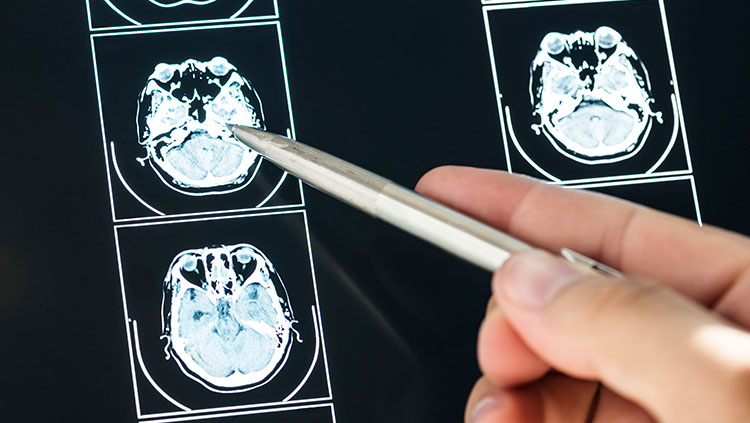 These were the top neuroscience stories for the week of March 30, 2020.

As the number of cases of COVID-19 continues to rise, rare and life-threatening consequences are coming to light. A case report published March 31 in Radiology describes the first possible case of a serious brain disease in someone with COVID-19. A woman in her late 50s developed acute necrotizing encephalitis, a rare complication of viral infections, including influenza. It can cause confusion and seizures and in severe cases can lead to coma. Brain scans revealed damage in the thalamus and other parts of the brain.

Big picture: The doctors couldn’t directly attribute the brain damage to the novel coronavirus. But they suggest doctors monitor patients’ mental status. Sudden confusion and an inability to rouse are among the CDC’s list of symptoms that warrant immediate medical attention.

Related: The Anatomy of Emotions

We may be one step closer to mind-reading brain-machine interfaces. In a study published March 30 in Nature Neuroscience, researchers trained an artificial neural network to decode electrical activity in the brain into text. The four participants in the study were undergoing treatment for epilepsy and had electrodes implanted in their brains to monitor for aberrant electrical activity contributing to seizures. The participants read 30-50 sentences aloud while the researchers recorded their brain activity. They fed the recordings to an artificial neural network that identified the neural signatures behind various aspects of speech. A second neural network decoded this signal back into text with error rates as low as 3%, comparable to professional speech transcription.