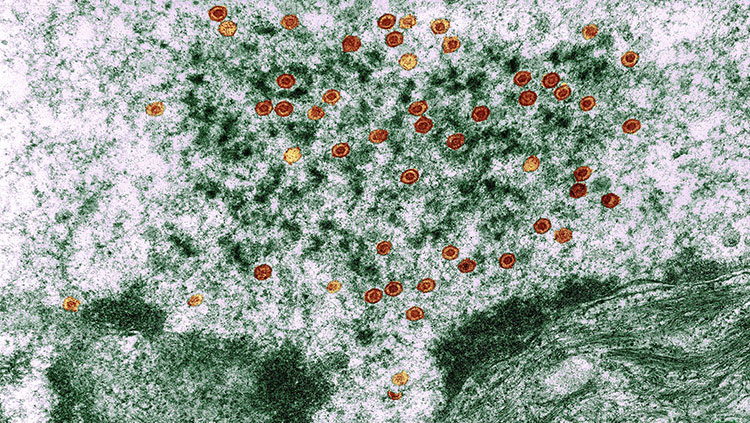 These were the top neuroscience stories for the week of May 4, 2020.

Infection with the virus responsible for cold sores causes signs of Alzheimer’s in lab-grown mini-brains, according to a report on May 6 in Science Advances. The researchers coaxed human stem cells to grow into 3-D clumps of neurons called mini-brains and infected them with herpes simplex virus-1. Three days later, the infected mini-brains showed signs of inflammation and a buildup of amyloid-beta proteins linked to Alzheimer’s disease. Treatment with the herpes drug valacyclovir reduced inflammation and the number of protein plaques.

Yoga May Help With Migraines

Daily yoga practice may reduce the frequency and intensity of migraines. Researchers reported May 6 in Neurology that they randomly assigned 114 migraine-sufferers into one of two groups: the first group received a prescription migraine medicine, while the second group learned and practiced a daily yoga routine in addition to receiving medication. Both groups reported fewer and less intense headaches after three months of treatment, but those in the yoga group showed the most significant improvements.

Big picture: In addition to traditional yoga poses, the participants also learned breathing techniques and meditations. Mindfulness practices like these can reduce stress and improve attention.