ICYMI: How Octopuses Taste Through Touch 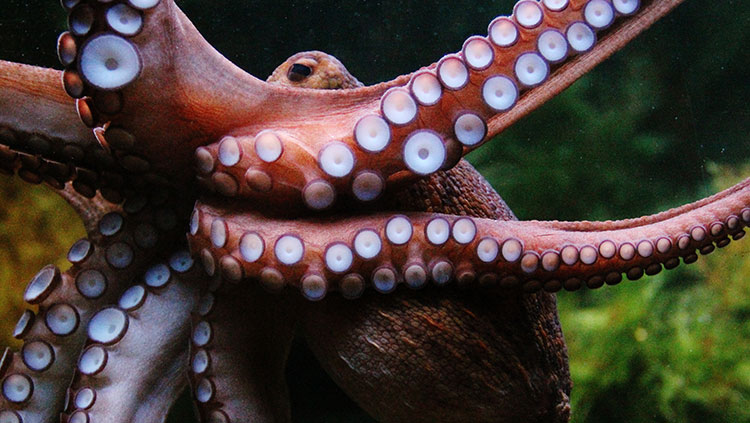 These were the top neuroscience stories for the week of October 26, 2020.

How Octopuses Taste Through Touch

The suction cups studding an octopus’s arms aren’t just for grasping and gripping — they’re also for tasting. Writing October 29 in Cell, scientists discovered a unique kind of cell in octopuses’ suckers that lets the animals “taste by touch.” By extracting cells from the suckers of octopuses, the team recorded the electrical activity of those cells as they responded to different stimuli. Some of the cells activated when they were poked, meaning they were sensitive to pressure. Others responded to chemicals, like those exuded by fish and other prey. Genetic analyses revealed a wide array of chemical-sensing cells, each with its own combination of protein receptors recognizing different kinds of chemicals.

Related: Why the Octopus Brain Is So Extraordinary

Read more: When It Comes to Octopuses, Taste Is for Suckers (The New York Times)

A population of nerve cells in the human brain encode the passage of time, researchers reported October 27 in Proceedings of the National Academy of Sciences. They studied 27 adults who had electrodes implanted in their brains before undergoing surgery for epilepsy. Participants watched a series of words flash on a screen one at a time. Then, after a short break, they tried to recall as many of the words as they could. Participants performed this task several times with different lists of words. Meanwhile, the researchers recorded individual neurons’ activity in the hippocampus and entorhinal cortex, two areas of the brain involved in memory. They found a group of neurons that fired at certain times during the presentation of words.

Big picture: Since the discovery of time cells in rats a decade ago, scientists suspected the human brain harbored its own timekeepers. This is the first study to identify and record from these neurons in humans.