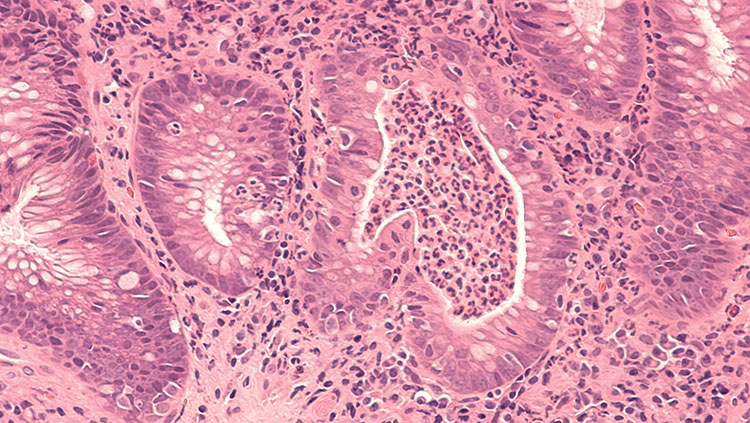 These were the top neuroscience stories for the week of June 22, 2020.

Inflammatory bowel diseases like Crohn’s disease and ulcerative colitis are linked to increased risk of dementia later in life, researchers reported June 23 in the journal Gut. Using the anonymized health records of nearly 20,000 adults in Taiwan, they found people who had these conditions at midlife were more than twice as likely to develop dementia compared to a control group. And, on average, they were diagnosed with dementia seven years earlier. Of the various kinds of dementia, the strongest association was seen for Alzheimer’s disease: people with inflammatory bowel disease were more than six times as likely to develop Alzheimer’s disease than the control group.

Big picture: The researchers speculate chronic inflammation and disruptions to the gut’s microbial flora may explain the findings. But the findings only represent a correlation rather than a true cause and effect. What’s more, the health records didn’t include diet and exercise information so it’s possible differences in health behaviors could play a role.

Coaxing some of the brain’s support cells to become neurons reverses neurodegeneration in a mouse model of Parkinson’s disease, researchers reported June 24 in Nature. In prior work, the team found a protein called PTB prevented support cells from developing into neurons; blocking it “lifted the brakes” and allowed immature support cells cultured in a dish to become neurons. So, the researchers injected mice with a chemical that kills dopamine-producing neurons in the substantia nigra, the area of the brain destroyed in Parkinson’s disease. Then they introduced bits of genetic material to block PTB into the substantia nigra and found it boosted the number of dopamine neurons and improved the animals’ motor performance.

Big picture: Scientists are exploring ways to replace dopamine neurons destroyed in Parkinson’s disease by injecting stem cells into the brain and coaxing them to become functional neurons. The study findings suggest scientists may be able to bypass the step of creating stem cells. But, a lot of questions remain: researchers don’t know whether the cells can survive and maintain their new identity in the long term, or whether the approach would work in other animal models of Parkinson’s.