ICYMI: Liver Enzyme May Explain the Brain Benefits of Exercise 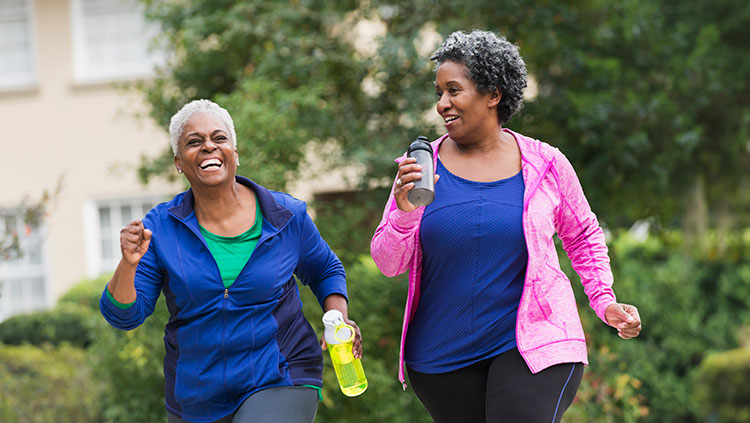 These were the top neuroscience stories for the week of July 8, 2020.

Liver Enzyme May Explain the Brain Benefits of Exercise

A liver enzyme produced in response to exercise improves mental performance in older mice, researchers reported July 10 in Science. They took plasma from physically active young and old mice and injected it into sedentary old mice. After eight injections over a few weeks, these sedentary mice performed better on memory tests than mice that received plasma from sedentary mice. The plasma of active mice contained more of a liver enzyme called GPLD1, which is also elevated in active older adults, the researchers found.

Big picture: Exercise is one of the best things you can do for your brain — regular physical activity improves mood, sharpens memory, and preserves cognitive health as we age. Exercise may trigger the production of certain brain-boosting molecules, and GPLD1 could be one of them. But, researchers are a long way from creating an “exercise pill” that would let us reap all the benefits of exercise without breaking a sweat — the liver enzyme has many functions throughout the body, and boosting it could have unintended consequences.

Rats Experience the Bystander Effect, Too

Rats will act as good Samaritans and help another rat in distress — depending on who’s around. When placed alone in a cage with a rat trapped in a clear plastic tube, rats quickly figure out how to open the trap and free their cage mate. If there are other rats in the cage, they’re even more likely to assist the trapped rat, researchers reported July 8 in Science Advances. But when they repeated the experiment with rats given an anti-anxiety drug, it dampened their distress and willingness to help. In the presence of these unhelpful bystanders, previously heroic helper rats stopped helping.

Big picture: When Kitty Genovese was murdered in New York City in 1964, The New York Times reported 38 neighbors witnessed or heard the murder, yet no one called the police or tried to intervene. While the details of the account were exaggerated, it spawned a well-known phenomenon in psychology called the “bystander effect.” The new study shows this phenomenon is not unique to humans.

Read more: To Come To The Rescue Or Not? Rats, Like People, Take Cues From Bystanders (NPR)