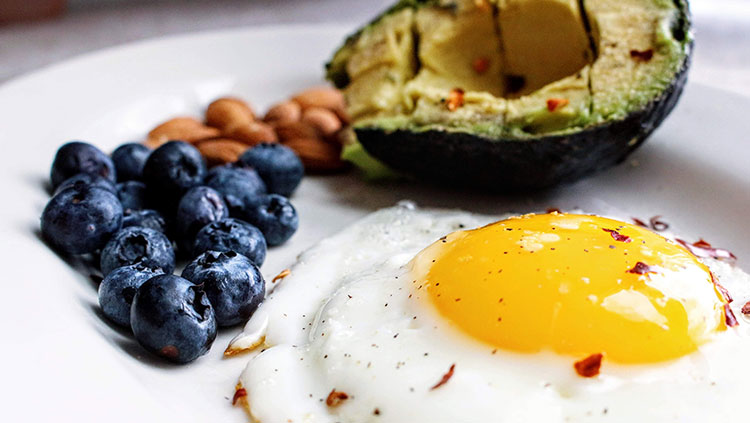 Photo by Jenna Hamra from Pexels

These were the top neuroscience stories for the week of March 2, 2020.

Ketogenic diets and intermittent fasting regimens are popular weight-loss strategies. They may also benefit the brain. In a study published March 3 in Proceedings of the National Academy of Sciences, researchers found a low-carb, high-fat diet stabilized brain networks that degrade with aging. The researchers first analyzed brain scans from more than 1,000 people and found brain networks begin to destabilize around age 47. Type 2 diabetes, which previous studies have linked to dementia, accelerated this aging process. The researchers then wanted to figure out whether the type of fuel running the brain affected the integrity of brain networks. Normally reliant on glucose, the brain can also use compounds called ketones, generated by the breakdown of dietary fat or fat stores during fasting. Just one week on the high-fat, low-carbohydrate ketogenic diet increased brain activity and stabilized brain networks. People who ate their normal diet but fasted the night before getting their brains scanned also showed improvement compared to a control group on a normal diet that didn’t fast.

Doctors Use CRISPR in Attempt to Restore Vision in Blind Person

In a first, doctors deployed a powerful gene-editing technique to edit genes directly in a patient’s body. The CRISPR gene-editing system snips out harmful mutations in DNA, and scientists are testing whether it can treat various genetic disorders such as sickle cell disease. But it’s never been used directly in the body before: in other studies, scientists have taken cell samples from patients, inserted the CRISPR machinery, and added the cells back to the patient. Doctors at the Casey Eye Institute in Portland, Oregon injected the gene-editing tool into the eyes of a patient with a genetic disorder that causes blindness. The effort is part of a study led by the gene-editing company Editas Medicine and the pharmaceutical company Allergan. It may take up to a month to see if the treatment restores vision. If the initial results are promising, the doctors plan to test the treatment in more patients.

Big picture: CRISPR could lead to treatments for many genetic disorders. We previously spoke to scientist Sean Ryder about the ins and outs of the gene-editing technique.

Read more: In A 1st, Scientists Use Revolutionary Gene-Editing Tool To Edit Inside A Patient (NPR)

Many areas in the brain are specialized for certain tasks, like language or visual perception. But the source of these specialized areas has puzzled scientists: do they emerge through experience? Or is the neural architecture present at birth? A study published March 2 in Proceedings of the National Academy of Sciences adds to the debate. Researchers scanned the brains of 30 sleeping infants between six and 57 days old — the youngest babies ever to have their brain activity measured for a study like this. The researchers wanted to know whether areas of the brain that process faces were linked up and talking to each other. Though the babies were just weeks old, these regions were already connected, suggesting the human brain is prewired to perceive faces.

Big picture: Though our brains might be prewired for certain cognitive feats, early life experience is still crucial to developing these abilities and the brain networks underlying them.