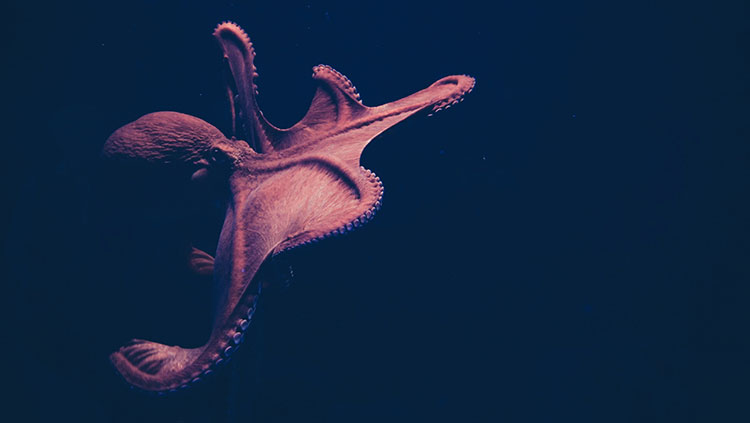 Photo by Isabel Galvez on Unsplash

Like humans, octopuses cycle through different stages of sleep, researchers reported March 25 in iScience. They collected four octopuses from the wild and housed them temporarily in the lab to watch them sleep. The octopuses spent most of their time in a quiet sleep stage, their bodies immobile and their skin pale. But every 30 minutes or so, they entered a twitchy stage of sleep where colors flickered across their skin. The researchers likened this stage to human REM sleep — a phase marked by rapid eye movements where most dreaming occurs — but it’s unclear if octopuses dream.

Related: Octopuses on MDMA Hint at the Evolution of Social Behavior