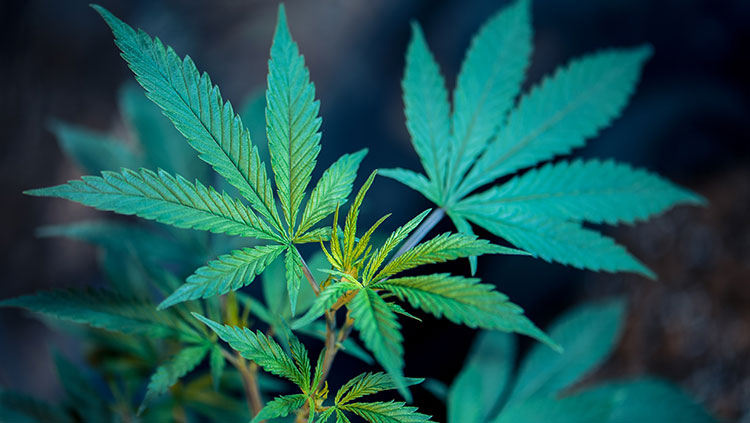 Photo by Roberto Valdivia on Unsplash

On March 31, New York legalized marijuana for recreational use, becoming the 15th state in the nation to do so. Legalization is poised to take effect in Virginia and New Mexico later this year.

With the growing acceptance of marijuana for medical and recreational use, we wanted to unpack some of the commonly held beliefs about the drug. Tauheed Zaman, an addiction psychiatrist at the University of California San Francisco, helps separate fact from fiction.

It is absolutely a lot stronger. The amount of the main psychoactive in marijuana — a chemical called tetrahydrocannabinol, or THC — has skyrocketed because of advances in plant breeding and purification over the last few decades. This is not your parents’ marijuana and this is definitely not your grandparents’ marijuana. People need to be aware of that. Some parents might say, ‘oh, I used marijuana pretty regularly when I was a teenager and it was fine.’ But this is a different beast altogether.

People often compare marijuana to other substances like alcohol or other drugs to say that it’s safer. But something can be dangerous on its own separate from those comparators. And, we know that THC can be very risky for people with certain vulnerabilities.

Beyond those psychiatric risks, marijuana gets into the whole body and can affect a host of different organ systems like the lungs and possibly even the heart.

Bottom line: The safest use is no use. But the level of danger really depends on an individual’s health and family risk factors, as well as the potency of the products they use and how frequently they use them.

“Marijuana is a gateway drug”

To be honest, I think the evidence is unclear. But there are a couple of pieces of data we can talk about. First, if we look at all the people who use other illicit substances, the majority of them started with marijuana. But does that mean if you use marijuana, no matter what you’re more likely to go on to use cocaine or meth? I don’t think that relationship is as clear. It’s really an association and not causation.

Second, we know that all of these substances set off the same reward pathway in the brain. So maybe marijuana primes that reward circuitry and makes people more likely to use another substance to get that same reward. But again, these are studies of association and the causation is not clear.

Bottom line: The evidence is mixed, but the association is there.

This is unfortunately false. What we mean by addiction medically is the ongoing use of a substance despite negative consequences. People absolutely continue to use marijuana despite negative consequences. Beyond that, we have medical diagnoses related to cannabis addiction in the Diagnostic and Statistical Manual of Mental Disorders. There are three important diagnoses related to marijuana: cannabis intoxication, cannabis withdrawal, and cannabis use disorder. Cannabis use disorder is basically addiction.

So, there are clear criteria for it. It absolutely exists in the medical literature, and I’ve seen it in practice. Of all the people who use marijuana, only about 9% will meet the criteria for addiction at some point in their lives. But, if you look at people who start using marijuana as adolescents, when the brain is still developing and is quite vulnerable, that number goes up to 17%. And when you look at daily users, between 25 and 50% will develop an addiction.

Bottom line: While only a minority of people will develop an addiction, people can absolutely get addicted to marijuana, especially if they started using marijuana as an adolescent or if they use it frequently.

“You can’t overdose on marijuana”

For the vast majority of people, it’s quite hard to overdose on marijuana by itself. But marijuana overdose can happen.

I’ve seen two types of marijuana overdoses in the ER, and I’ve seen both with increasing regularity during the pandemic. One is people who experience worsening of their psychiatric condition, particularly psychosis. By that I mean paranoia, seeing things, hearing things, delusional thinking. The THC in cannabis can make that worse. Sometimes we end up having to give these people antipsychotic medications to reduce the symptoms and get them comfortable. The other thing people can end up in the ER for is cannabis hyperemesis syndrome. People get into a cyclical vomiting syndrome where because they’ve been using marijuana regularly, it kind of sets off a reaction in their system where they throw up uncontrollably. This is very hard to treat, even with medication. What ultimately helps these patients is cutting down on their marijuana.

In addition, I’ve also had patients whose kids or pets have gotten into their edible products and ended up in the hospital with overdoses because it hits their system so much harder. Synthetic forms of cannabis can also be incredibly dangerous. These chemicals attach to the same receptors in the brain but have much stronger physiologic effects and can lead to kidney problems, liver problems, seizures, psychosis, and suicidality.

Bottom line: While casual marijuana users are really unlikely to overdose on marijuana alone, certain groups can be quite vulnerable.

“Marijuana can cause psychosis”

Marijuana increases the risk of psychotic symptoms like paranoia, delusions, and hallucinations. Hospitalizations and ER visits for those symptoms are higher for people who use marijuana regularly and the risk is dose dependent. Also, for people with a family history of psychosis, who are going to develop psychosis at some point, marijuana actually speeds up the onset of those symptoms by an average of about seven years.

However, a big study in 2019 reviewed all of the psychosis literature and suggested that the marijuana-psychosis association goes both ways. That is, THC worsens certain psychotic symptoms but people who have psychotic symptoms might be more likely to use marijuana to begin with as a way to cope with their symptoms.

Bottom line: Marijuana is associated with worsening of psychotic symptoms in vulnerable individuals.

“Marijuana has medicinal or therapeutic value”

There are currently three FDA-approved uses for cannabis or cannabis-derived products: nausea and vomiting related to chemotherapy, anorexia related to advance HIV/AIDS, and a couple of rare types of childhood epilepsy.

Nothing else is FDA approved. Because I’m an addiction psychiatrist, people often ask me about marijuana for psychiatric conditions. I was with the American Psychiatric Association in 2013 when we did a review and found there is no evidence that marijuana is helpful for any psychiatric condition. However, this may be partly due to a lack of sufficient studies for different disorders.

A lot of researchers are looking at another component of marijuana called cannabidiol, or CBD. CBD has been approved for rare types of childhood epilepsy and there are a couple of trials looking at it for different conditions including anxiety disorders. The early evidence seems promising, but the studies are very, very early.

If cannabis is approved for other conditions, it would most likely be a specific component that we can actually measure and dose, rather than the whole plant.

Bottom line: Cannabis and cannabis-derived products are FDA approved for three conditions. At this time, there’s little evidence to recommend medical marijuana for other conditions but it’s an active area of research.