No Laughing (Gray) Matter: Laughter, the Brain, and Evolution

Researchers are studying what happens in the brains of people and other animals when laughing to gain deeper insight into human behavior and its evolution. 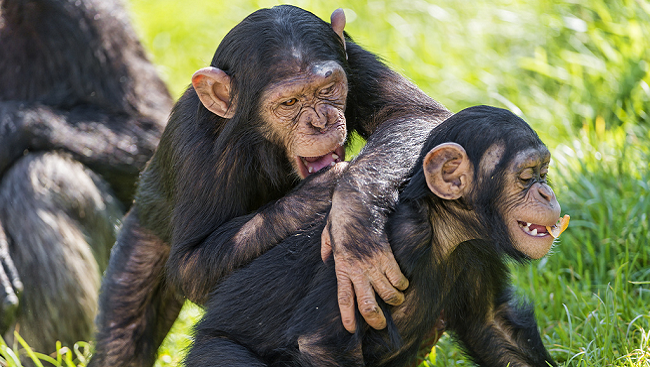 There are similarities between the chuckles you share with friends and those shared between apes (such as the chimpanzees above), including the facial expressions, breathing patterns, and sounds we emit.
Courtesy, with permission: Emmanuel Keller.

Laughter can be awkward, noisy, explosive, exhilarating, and downright contagious. It has the power to forge enduring social bonds, improve the immune system, and serve as a coping mechanism in times of stress and uncertainty.

Despite its immense influence in our lives, understanding what happens in the brain when we laugh remains a work in progress for scientists. Researchers are studying this seemingly simplistic expression in people and other animals to gain deeper insight into human behavior and its evolution.

For centuries, the role of laughter in daily life has captured the attention of philosophers, anthropologists, psychologists, and other great thinkers. Among them, Aristotle believed that laughter was a unique facet of the human experience, separating us from all other animals. Darwin later proposed that laughter offered groups a means of sharing happiness together, which he argued was to the benefit of the group. But, just what is laughter?

At its core, laughter is a physiological response — an involuntary, rhythmic vocalization. When you smile, your brain signals to muscles in your face, pulling the corners of your lips upward and backward, and narrowing your eyes. When you laugh, the muscles in your respiratory system and voice box become activated, creating the characteristic sounds of laughter.

As early as the 19th century, neurologists began studying people with neurological disorders with symptoms of abnormal laughter in search of what was different about their brains. People with gelastic epilepsy, a disorder characterized by laughter seizures, for instance, often have damage in the hypothalamus, the frontal poles, or the temporal poles — all regions that play important roles in processing emotion. While the facial expressions and laughter patterns of people with gelastic epilepsy appear normal, when asked about laughing fits, many describe their laughter as inappropriate and without positive emotion or mirth.

Some people with Parkinson’s disease also experience uncontrollable fits of laughter without mirth or crying without feelings of sadness. While high-frequency deep brain stimulation of the subthalamic nucleus helps to alleviate some of the common motor symptoms of Parkinson’s disease, some people have reported that the treatment exacerbates uncontrollable laughter with mirth.

More recent imaging studies examining the brains of healthy people show that while motor and reward pathways in the brain are primarily activated when we laugh, the anterior cingulate, a brain region involved in conflict detection, is also engaged when people are presented with something humorous.

This region is not only involved in “getting” jokes but is also essential for “coping with difficult feelings or emotions or even social situations,” explains Scott Weems, a cognitive neuroscientist at the University of Maryland.“When you meet someone new, you’re going to be uneasy and not sure what to do — these are times when we laugh,” he explains.

Research conducted by Robert Provine, a neuroscientist at the University of Maryland, Baltimore County, also points to the role of relationships in laughter. His studies of people laughing during shared conversations suggest that laughter has more to do with social relationships than humor. He found that people will laugh thirty times more when there are other people around than when alone. According to Provine, eliminate all the social components and laughter dies down too.

"The essential ingredient for laughter is another person,” Provine says. “You don’t need humor, you need people.”

The evolution of laughter

Contrary to what Aristotle theorized, scientists now know that laughter is not purely a human phenomenon. Studies show many animals express playful vocalizations during tickling, including apes, dogs, and even rats.

The chuckles of apes and people share several similarities, including facial expressions, breathing patterns, and sounds. Many apes, particularly bonobos and gorillas, mostly laugh upon exhalation, just like humans do. They also have good breath control, distinguishing laughs from normal breathing. Such similarities led Marina Davila-Ross, an evolutionary biologist at the University of Portsmouth, to question whether human laughter might have evolved from more primitive forms of ape laughter.

To test, she and others tickled young orangutans, gorillas, chimpanzees, bonobos, and people, and documented the vocalizations they made. From these tickle sessions the researchers constructed an acoustic family tree, much like the genetic family tree, allowing them to track the ancestry of laughter.

As the scientists projected backward in time using the acoustic tree they noticed that as humans and apes became more genetically similar, their laughter also became increasingly similar. From the acoustic tree, Davila-Ross predicts laughter vocalizations originated some 10 to 16 million years ago.

“Throughout evolution, gradual changes [in laughing patterns] must have occurred,” Davila-Ross says, adding that such changes “accelerated approximately over the past 5 million years, making the acoustic laugh characteristics of humans quite distinct from those of great apes.”

Similar to Davila-Ross, Jaak Panksepp, a neuroscientist at Washington State University, wondered whether the ultrasonic vocalizations young rats emit when they engage in rough-and-tumble play sessions with cage mates could represent an ancestral form of laughter.


To test, he began tickling the rats in his laboratory on the belly with his fingers. He found that tickling reproduced the same play-induced ultrasonic “chirps” the animals made when wrestling with their cage mate. According to Panksepp, these tickle sessions were such a positive experience for the rats that they would chase the tickler’s hand around, insisting on more play.

Taking it a step further, Panksepp and colleagues found that stimulating the medial frontal cortex, a key region in the reward-seeking system, produced rat laughter sans tickling. When the medial forebrain bundle — a group of axons that form a key route for information in the reward system — was damaged, rats no longer emitted the ultrasonic vocalizations with the same fervor. It just wasn’t as fun anymore.

According to Panksepp, because these reward-seeking regions work similarly in humans and rats, this enthusiasm-promoting system is likely a critical component for laughter in both groups.

As researchers uncover more about the brain mechanisms involved in laughter, they hope to also address questions about the common components of humor as well as more complex, but parallel, systems like language, creativity, and intelligence. 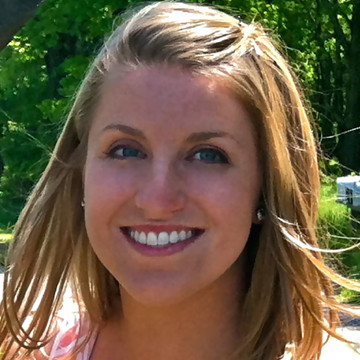