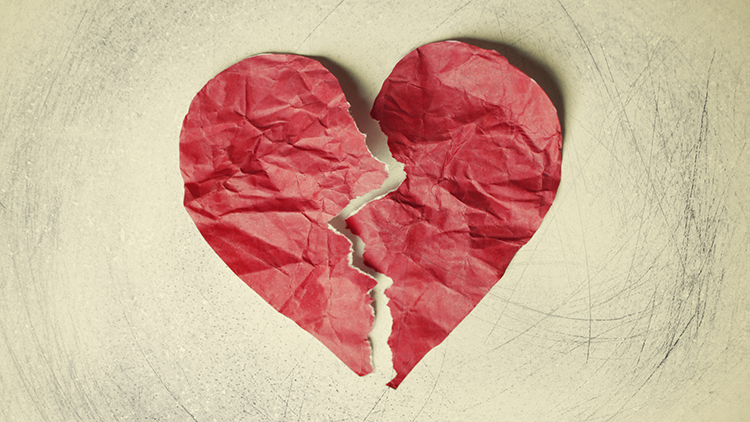 Neuroscientists are learning how our brains process the pain of rejection.
iStock.com/portishead1

Hurt feelings. Heartache. When we talk about being dumped or rejected, we use the same vocabulary we’d employ to describe a physical injury. Pain might be nothing more than an apt metaphor for our emotional anguish — after all, there’s no mistaking a broken heart for a broken bone.

Still, if you ask someone about the worst moments in their life, they might “reach way back into early childhood and recount an experience of being socially rejected,” says Naomi Eisenberger, a psychologist at UCLA. “I was just sort of curious as to why this is,” she says. “Why does it affect us so deeply?” In 2003, Eisenberger and a team of researchers attempted to answer that question by examining how the brain responds to rejection.

The researchers watched people’s brain activity via an MRI scanner as they played a virtual ball-tossing game. The participants thought they were playing the game with other people in the study. But, in reality they were playing against a computer program. All of the sudden, the “players” stopped tossing the ball to the person in the scanner — and the scan lit up in areas of the brain associated with pain.

This mild episode of exclusion activated two areas of the brain that process the emotional and distressing aspects of physical pain. They are a C-shaped swath of tissue within the brain called the anterior cingulate cortex and an area located deep within the temporal lobes called the anterior insula. In effect, activity in these parts of the brain tell us “this is awful, let me get away from this,” Eisenberger says.

“Maybe there is some truth to our words, as to why we say things like rejection hurts,” Eisenberger says. The brain seems to process the pain of being separated from or rejected by others “in a manner that looks very similar to physical pain.”

But, it may not be as simple as that. In 2014, Tor Wager, a cognitive neuroscientist at the University of Colorado Boulder, and a team of researchers trained a computer to analyze brain scans and develop templates of brain activity for physical pain and social rejection. When the computer analyzed a new scan, it could tell 100 percent of the time whether it was a brain in physical pain or a brain experiencing social loss.

Rejection and physical pain share common neural territory, “but when you really drill down and look at patterns [of activity] they’re different,” Wager says.

Still, Wager — whose lab studies how our thoughts and beliefs influence our brains and bodies — doesn’t discount the effects of social pain. “It doesn’t have to be the same [as physical pain] to be really important,” he says. Rejection can send our minds reeling with worry and self-doubt, and these thoughts “can directly interact with your nervous system,” Wager says.

The nervous system, in turn, interacts with the rest of your body. Maybe somewhere in these mind-body interactions Wager is trying to discern, there’s an explanation for why being dumped can feel like getting punched in the gut or why a broken heart hurts so much.