Does Using Your Non-Dominant Hand Make You Smarter? 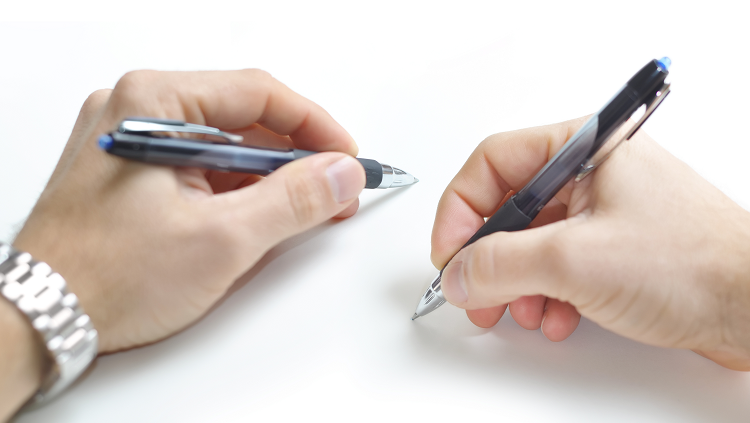 Boy and girl Scouts worldwide greet each other with a left-handed shake. Explanations vary, but one theory traces the practice back to the eclectic interests of the scouting movement’s founder, Robert Baden-Powell. Baden-Powell served as vice president of an ambidextral culture society and contributed testimony to a book expounding the virtues of training both hands.

Today his speculation lives on, redressed in the language of neuroscience. Blogs advise training your non-dominant hand, “stimulating the brain's cognitive and creative functions,” and Alzheimer’s websites advocate brushing with the other hand to improve “brain fitness.”

The message is seductively simple: practice using your non-dominant hand to create stronger connections between your brain’s hemispheres and become a smarter, more capable person. While it may seem like a reasonable proposition, researchers say it doesn’t hold water. Any gains will likely apply only to the skill you practiced. Even if you could achieve hemispherical balance, that new neural wiring wouldn’t necessarily be beneficial. There are plenty of reasons to train both hands, like mastering a party trick or if you fear injuring your primary hand. Boosting brain power, however, isn’t one of them.

“It’s not a bad idea, for certain skills, to be good at each hand,” says Michael Corballis, a professor emeritus of psychology at the University of Auckland. “Whether it makes you smarter, I rather doubt.”

One 2016 experiment challenged right-handed participants to trace shapes with their left hand for 20 minutes a day over 10 days. Researchers found that the sketches did grow smoother. They had guessed that the superior control would come from stronger connections between the left- and right-hand motor cortices controlling the hands. Instead, fMRI imaging revealed that both control areas had strengthened connections with the praxis network, a group of structures spanning both hemispheres, which supports skilled movements and tool use.

This specific change means practicing left-handed tracing makes you better at left-handed tracing, but not necessarily anything else. Benjamin Philip, a neuroscientist at Washington University in St. Louis who worked on the study, isn’t sure the sketching skill would carry over to handwriting. “That’s a critical question,” he said. “There’s very limited value at training people to get better at one task at a time.”

Brain imbalance is a feature, not a bug

What’s more, the idea of a “weak” hand is flawed to begin with, because both hands have their own strengths. While your dominant hand excels at precision movements, your non-dominant hand has better stability. That’s why someone who’s right-handed might hold a package in their left while opening a door with the right. “It’s not only because your right hand is better at using the key,” Philip said. “It’s because your left hand is going to be better at holding those bulky, unsteady, unbalanced boxes.”

Even if you managed to train both hands to compensate for their respective shortcomings, it might not bring cognitive benefits. In 2008 Corballis analyzed a televised, nationwide New Zealand intelligence test in which some participants were asked if they were left-handed, right-handed, or ambidextrous. The findings suggest that mixed-handedness may be a mixed blessing, as ambidextrous viewers scored slightly worse on tests of memory, arithmetic, language, and reasoning. Researchers can’t be sure whether these results, which deal with people who were born ambidextrous, also apply to those who get there through practice. Nevertheless, some speculate that the brain operates more efficiently when it instantly knows which side to use for a given task. It minimizes the clash of so-called hemispheric indecision. “Maybe there’s a disadvantage in the two sides of the brain trying to do the same thing,” Corballis said. To be fair, the phenomenon remains debated in scientific literature.

While achieving fine control with your non-dominant hand can help you become a concert pianist or even a legendary tennis player, the gains are likely too specific to change your life outside of getting better at the skills you practice. “If you want to learn how to do things with your non-dominant hand,” Philip says, “then that’s great, but I don’t think these kinds of functional connectivity changes are a sign of being smarter.”