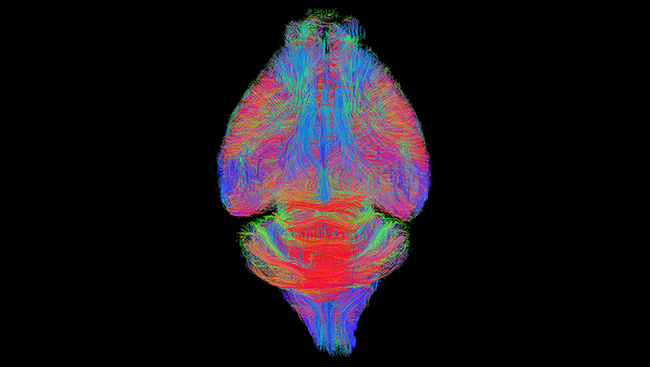 Like information highways, nerve fibers send signals from one area of the brain to another. Scientists map these pathways using a technique called diffusion imaging, which tracks how water molecules move in the brain. Water molecules usually move along the length of nerve fibers. By tracking the direction of movement, scientists can deduce whether pathways in the brain run from front to back or side to side. Scientists used this technique to map the pathways in the mouse brain, seen above. Some pathways run between the left and right hemispheres (red), while others run from top to bottom (green) and front to back (blue). By mapping these pathways, scientists can learn more about how the various regions of the brain communicate and work together and what can go wrong in neurological disease.