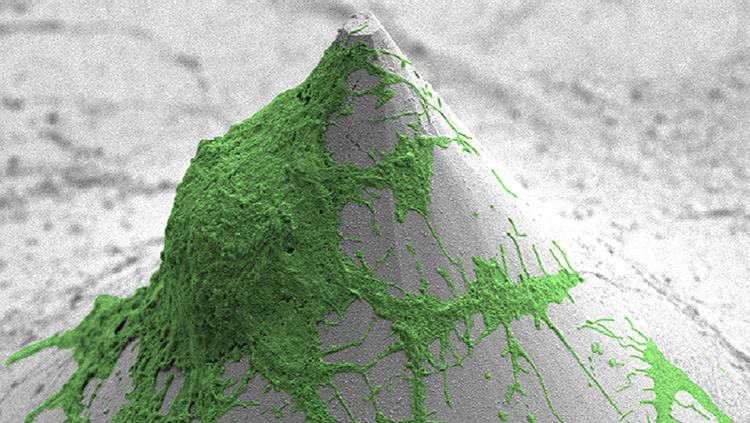 The cable-like axons of nerve cells can carry electrical signals long distances. To speed up transmission in the central nervous system, support cells called oligodendrocytes wrap axons in an insulating material called myelin. But in diseases like multiple sclerosis, myelin is destroyed, making it difficult for nerve cells to carry messages.

In an effort to repair damaged myelin, scientists are searching for ways to nudge immature oligodendrocytes to become mature, myelin-producing cells. The image above shows a single oligodendrocyte (green) growing on a special plate with tiny, cone-shaped projections. Scientists use these plates—called micropillar arrays— because they can test whether various compounds will help oligodendrocytes grow and wrap around the cones in the same way they wrap around axons. This research may open the door for new therapies to regrow myelin in people with multiple sclerosis and other disorders where it is destroyed.