Think of the brain like the cast of a play or a musical. It has characters, or specific cell types, some of which are stars while others have supporting roles. They have names like neuron, astrocyte, microglia, interneuron, and oligodendrocyte. Several are utility players, performing different jobs depending on the scene. The cast even has its own cleanup crew, making sure the brain is tidy and free of debris. It’s an elaborate production that plays out every minute of every day in our brains.

Hi there! I'm your friendly neighborhood neuron, but you can call me Nancy Neuron. Today, I wanted to introduce you to some of my roommates and show you where we live.

We live here, in your brain. And we're responsible for pretty much everything you do.

Firstly, I want to introduce you to my friend Ingrid Interneuron. Now, there are tons of neuronal subtypes, but for today, I'm just going to broadly focus on excitatory and inhibitory neurons.

Now, I'm an excitatory neuron, meaning I release glutamate, which triggers a response in the neurons I talk to. Ingrid is inhibitory, meaning she releases GABA and can stop communication with neurons. Believe me, you do not want all of your neurons firing at once. That is a seizure.

Now, we can also release modulatory neurotransmitters like dopamine, serotonin, acetylcholine, norepinephrine, and histamine — but that's a topic for another day. I'm the presynaptic neuron, and Ingrid is the postsynaptic neuron, and we communicate through electrical activity. I send what we call an electrical pulse down my dendrites to Ingrid's axon.

Now, the release of these neurotransmitters is what we call an action potential, which is just a fancy way of talking about our electrical activity. Our friend Annie Astrocyte plays a big role in neural communication and makes up what we call the tripartite synapse.

So, the action potential is triggered by potassium exiting the neuron and sodium entering the neuron, which brings the charge of the cell down and triggers the electrical activity.

Annie Astrocyte helps clear out the excess potassium. When the action potential reaches the synaptic terminal, calcium will flow into the presynaptic compartment and allow for vesicles carrying neurotransmitters to be released into the synaptic cleft. In this example, glutamate is released, which binds to the receptor on the postsynaptic partner, triggering another action potential, and the whole cycle repeats.

Annie helps recycle the glutamate by vacuuming it up and transforming it into glutamine, which is then given back to the neuron to be recycled into glutamate or used for other cellular processes.

Now, Annie astrocyte has a bunch of functions in the brain, like ion homeostasis, which is what we just talked about. She helps with synapse formation, transfers healthy mitochondria, which, you know as the powerhouse of the cell, back to neurons. She helps with synapse elimination and is a major component of the blood brain barrier. She is also a major player in the glial scar.

The glial scar forms after an injury, which makes Annie very angry, and she turns into a reactive astrocyte. Reactive astrocytes secrete these molecules called CSPGs, which help to form a barrier for neuronal growth, which means I can't cross the glial scar. I would have to go around it.

Moving on to the blood brain barrier, Annie has these cool end feet that make direct contact with the blood vessels, which allows her to help regulate the blood flow. Annie is also involved in what gets to come into the brain from the body. She lets things in, like hormones, and nutrients and keeps things out, like toxins. We love that Annie helps keep us safe.

Moving on, I'd like to introduce you to Olivia Oligodendrocyte. Olivia is super important in the brain and makes up what we call a myelin sheath. This is a fancy way of saying Olivia helps insulate neuronal axons, which helps the signal move faster to its target. Instead of the action potential moving down the length of the axon, the myelin allows for the action potential to jump to these unmyelinated points called nodes of Ranvier.

This speeds up our communication a ton, which is important, especially in larger animals. Take for example, a blue whale swimming. Without Olivia, the signal would take forever to go from the brain to the tail. But, Olivia makes it possible for that signal to be sent with super speed. Without her, signaling will be very slow and can potentially fizzle out.

Lastly, I want to introduce you to Millie Microglia. She technically does not come from neural progenitor cells, but instead is our local immune cell. The brain is immunoprivileged, meaning the immune cells that monitor your body don't typically cross the blood brain barrier under normal circumstances.

Instead, Millie is like our hall monitor and janitor wrapped up into one. She surveils the brain for any invaders or damage, as well as cleans up the debris. When she comes across something that shouldn't be there, she becomes activated. Take for example, if Ingrid was injured and subsequently died. Millie would come and eat up any of the cell debris to clean up the area. She's also responsible for the immune response, which can include rallying other immune cells to come to the brain. She keeps us protected from injury and invasion.

There are trillions of us who all have to work together for you to breathe, move, think, and ultimately live. Whether you are running up that road, running up that hill, or running away from Vecna in the upside down, you depend on the cooperation of all of us.

Well, thank you for sticking around and learning about the brain cells. I really hope to see you soon. Bye! 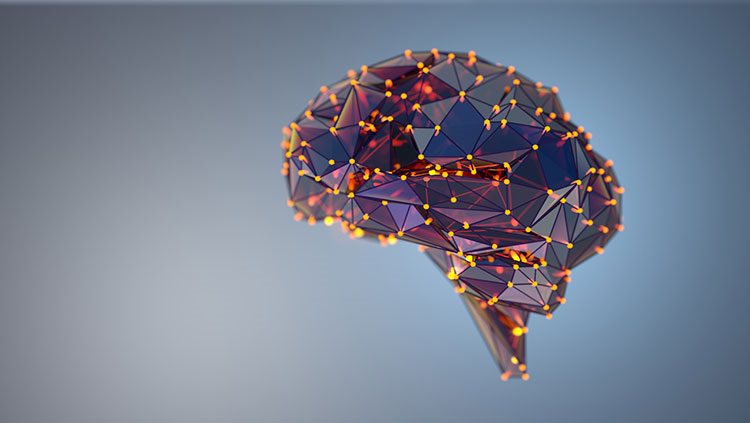