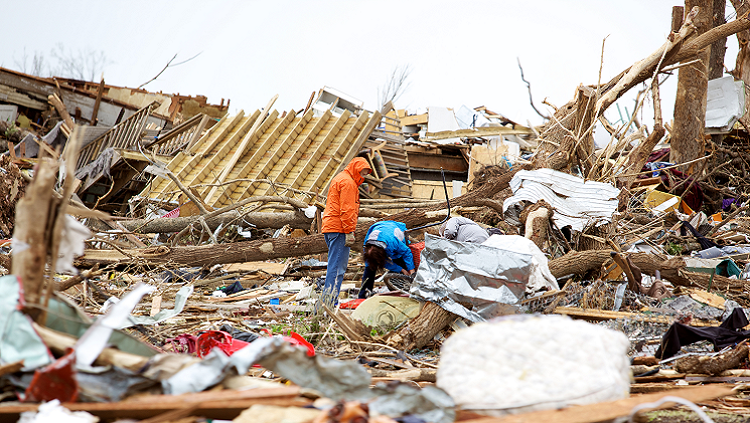 Survivors of the deadly tornado that struck Joplin, Missouri on May 22, 2011 search through the debris for personal belongings. Tornadoes and other natural disasters create an enormous amount of stress and anxiety for survivors, contributing to mental health problems like depression and posttraumatic stress disorder.
iStock.com/eyecrave

The impact of a natural disaster is often measured by a handful of numbers: the number of fatalities and injuries, the number of homes and buildings destroyed, the cost of cleanup and repair. It doesn’t often account for the emotional wounds inflicted on survivors.

When people experience these traumatic and often unexpected events, their first reaction is usually a combination of fear and distress. “They’re so far beyond the norm of normal human experiences that they really stand out,” says Craig Sawchuk, a clinical psychologist at the Mayo Clinic in Rochester, Minnesota.

Even after the torrential rains end, or the flood recedes, or the fire burns out, many people continue to feel an enormous amount of stress and anxiety. And, scientists predict catastrophic weather events will become more frequent (and more extreme) with rising global temperatures, putting more people at risk for mental health problems.

Stressful events activate the body’s “fight or flight” response, unleashing adrenaline and stress hormones like cortisol. Almost everyone exposed to a natural disaster will experience some of these immediate biological and psychological effects, Sawchuk says. But some people will be so distressed that they become withdrawn or increase their use of drugs and alcohol. Chronic stress, regardless of cause, can impair the parts of the brain presiding over reasoning and self-control — leading to more impulsive behavior and an increased likelihood of addiction. In 2010, researchers found that approximately one-third of Hurricane Katrina survivors who had been displaced to Houston, Texas had increased their tobacco, alcohol, or marijuana use after the storm.

“After a natural disaster, your entire routine in life is disrupted,” says Christie Manning, an assistant professor of environmental studies and psychology at Macalester College in Minnesota. Many people are unable to return to work, some lack strong social support, and then there is the added financial burden of repairing or replacing damaged property, she says.

The long period of rebuilding perpetuates people’s feelings of uncertainty and chronic stress, Manning says. Turning to alcohol or drugs may be a way to regain a feeling of control over their lives, especially if they had engaged in these behaviors before the disaster, she says.

The trauma of witnessing the destruction of one’s home and losing pets and loved ones can also give rise to anxiety and depression. After the Northern California firestorm in October 2017, for example, the number of people seeking mental health resources in Sonoma County nearly doubled. Many of the calls came from new patients.

Low-income populations, the elderly, people of color, women, and children are especially vulnerable to the mental health-related impacts of natural disasters. Children, in particular, may experience changes in behavior, development, memory, and executive function, Manning says. They may suffer from malnutrition due to disruptions in food supply, start wetting the bed, or exhibit physical symptoms like stomachaches.

Even adults may have nightmares, worry excessively about safety, or have strong physical reactions like trouble breathing when reminded of the disaster they survived. These are classic symptoms of post-traumatic stress disorder (PTSD), which can start to appear in the weeks or months following a disaster. Six months after Hurricane Sandy, a brief telephone screening found 14.5 percent of surveyed adults were suffering from PTSD.

But not everyone will need treatment. “Most people will be resilient, meaning that they won’t suffer from long-term psychological symptoms,” says Sarah Lowe, an assistant professor of psychology at Montclair State University in New Jersey. Lowe and her colleagues interviewed survivors of Hurricane Katrina a few years after the storm and found that more than 60 percent displayed resilience. These people usually felt they had stronger social support and more financial resources, and were generally more optimistic than other survivors.

Community rebuilding and psychological first aid can also be extremely helpful in people’s resilience and rehabilitation, Lowe says. In adults, this means helping them recognize symptoms of trauma and providing coping mechanisms to address negative thoughts and feelings. For children, this may mean reconnecting with friends in school and receiving support from adults and caregivers.

Implementing targeted psychosocial care is critical after a natural disaster, she says, for saving lives, jobs, and families. 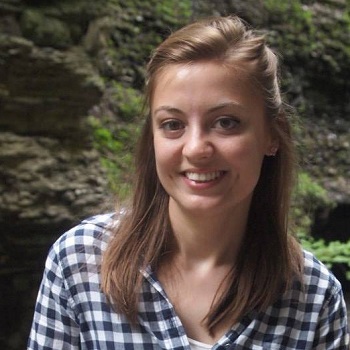 Knvul Sheikh is a freelance science journalist based in New York. She writes about psychology, personalized medicine, technology and culture. Her byline has appeared in publications such as The Atlantic, Genome Magazine, Popular Science, Scholastic, Scientific American, and Vice.

Cepeda A, Valdez A, Kaplan C, Hill LE. Patterns of substance use among Hurricane Katrina evacuees in Houston, Texas. Disasters. 34(2). (2010).