In Search of the Genetic Components Behind Psychiatric Disorders 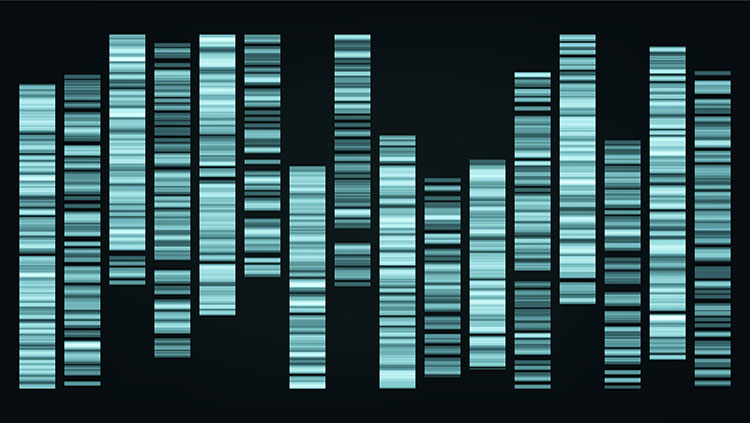 In the exam room, a young woman is suffering from insomnia, feeling restless, and unable to stop worrying. Her doctor is concerned she may — like her mother — have depression. But her distress could also be signs of an anxiety disorder or obsessive-compulsive disorder.

In the next exam room, worried parents tell the pediatrician at their eight-year-old son’s annual well visit that the boy is unable to break routine, socially awkward, prone to worry, and consumed with repetitive movements.

In the end, this young woman could well be diagnosed with three anxiety disorders and major depression, says Steve Hyman, director of the Stanley Center for Psychiatric Research at the Broad Institute of MIT and Harvard. And, the boy’s family may be told he is suffering from autism spectrum disorder, obsessive compulsive disorder, and ADHD.

“This approach is actually quite harmful,” Hyman says. “If you have four or five diagnoses, that’s pretty demoralizing.”

And yet, this very scenario plays out on a disturbingly regular basis. As physicians attempt to identify mental illness, they face a diagnostic system that includes nearly 300 disorders, each defined by overlapping symptoms ranging from changes in appetite to hallucinations.

No matter the diagnoses, Hyman believes that every patient usually deals with only one condition. People possess a single genome, which creates certain strengths and vulnerabilities. Over the course of our lives, as our brains mature, and we age, we all have different experiences and exposures. Hyman maintains that these developmental and environmental influences may elicit from our genes a changing array of symptom complexes over time.

Emerging research exploring how our genes influence our susceptibility to mental illness is beginning to back up what many psychiatrists have long suspected: the existing diagnostic criteria fails to reflect the biological problems at the root of patients’ symptoms.

For more than a century, scientists have been looking to twins to help sort out the role genes play in mental health. By comparing identical twins, who possess identical genomes, with fraternal twins who share roughly 50% of their genes, scientists can estimate the role genetics play in the risk for mental illnesses. For example, in a population, approximately 40% of the risk for developing major depression can be linked to genes, while the genetic risk for schizophrenia and bipolar disorder is closer to 80%.

However, pinpointing the specific genes responsible for such risks has proven no easy task. In the 1990s, researchers focused on the neurotransmitter serotonin because medications modulating the brain’s serotonin system can reduce depression symptoms for some patients. Painstaking comparisons between the sequences of serotonin-related genes in people with and without major depression failed to identify any crucial genes. Similar studies failed to find genes linked to schizophrenia, bipolar disorder, and other illnesses.

Fundamentally, scientists don’t understand mental illness well enough to accurately predict which genes are involved, says Hyman. Now, they don’t have to. Instead of limiting their searches to a handful of specific genes, researchers employ technology that allows them to scan, analyze, and compare all the genes people possess in their genomes. Scientists are searching for genetic associations to disease with no preconceived notions of what they will find.

These genome-wide association studies (GWAS) have now identified hundreds of genetic sequences more common in people with psychiatric illnesses than they are in people without them. “The more we learn, the more we realize the situation is astoundingly complex,” says Jordan Smoller, professor of psychiatry at Harvard Medical School. No single genetic factor destines a person to develop schizophrenia, major depression, or bipolar disorder. Instead, hundreds of genetic factors scattered across our genomes interact to increase, or decrease, our risks for these disorders. Individually, these genetic factors have little effect. Inheriting a few of the sequences linked to a particular psychiatric disorder might only increase a person’s risk by just a fraction of a percent.

The more we learn, the more we realize the situation is astoundingly complex.

The genetic differences associated with mental illness likely impact many aspects of how cells in the brain develop, form circuits, and communicate with one another. Because most of the variants that increase risk are widespread even among people who have not been diagnosed with a psychiatric disorder, and because their individual effects on risk are subtle, finding them requires massive studies.

In 2013, Smoller and colleagues from the Psychiatric Genetics Consortium reported on a study comparing the DNA of 33,332 people with psychiatric disorders and 27,888 healthy controls —the largest study yet at the time. They identified four genetic factors influencing a person’s risk for not just one psychiatric disorder, but five of them. That study was the first to show schizophrenia, autism, bipolar disorder, and attention deficit hyperactivity disorder (ADHD) share many of the same genetic variants. The findings implicate a crucial means of cellular communications — voltage-gated calcium channels. Electrical signals conveyed by neurons open these channels allowing calcium to flood into the neuron, which triggers the cell to release neurotransmitters.

“Many of these conditions that we think of as clinically so different are, at a genetic level at least, strongly overlapping,” Smoller says, noting his team found a particularly strong genetic connection between schizophrenia and bipolar disorder, two disorders historically considered very distinct even though they share some symptoms. “It reminds us that [although] the lines we draw — the clinical classification system that we have — is to some extent constructed based on clinical observations, those distinctions may not reflect the underlying biology.”

Evidence continues to build for a strong genetic overlap between psychiatric disorders. In 2018, the Brainstorm Consortium reported the results of an analysis of 265,000 patients and 780,000 healthy participants, which evaluated 25 different brain-associated disorders. They, too, found widespread genetic overlap for schizophrenia, bipolar disorder, ADHD, and major depression.

It’s not yet clear what connects these different disorders at the biological level. Most genetic variations linked to mental illness reside in the regions surrounding genes rather than the genes themselves. These regions play a crucial role regulating genes. However, often it’s not clear which gene is affected by the variation. That said, many appear to be responsible for patterns of disrupted gene activity in the brain that are shared across disorders. Smoller posits that certain genes act early during brain development to set up vulnerability to psychiatric illness. Then, a complex interplay with a person’s other genes, life experiences, and environmental influences ultimately determines how — or whether — a disorder develops.

Recent genetic research suggests factors beyond the brain are likely to contribute, as well: Genes not previously linked to psychiatric illness can be dysregulated in the colons and adrenal glands of people with schizophrenia, bipolar disorder, ADHD, and depression. The affected genes showed substantial overlap between disorders especially for schizophrenia and depression.

With hundreds of genetic variants linked to psychiatric disorders, scientists are beginning to explore new hypotheses about the causes of mental illness. Hyman calls the genetic results finding tools, which point researchers to developmental processes, cell types, and cellular functions are commonly disrupted in people with mental illness. Following these clues is expected to lead to a deeper understanding of what causes psychiatric disorders and, ultimately, suggest new ways to treat or even prevent them.

What’s more, the findings to date suggest psychiatric disorders aren’t set apart from normal experience, but instead represent a point along a continuum. “There may not be bright lines between disorder and normal variation, and I think the genetic data are increasingly demonstrating that as well,” Smoller says.

Despite his frustration with the existing system, and the complexity of influences leading to mental illness, Hyman is optimistic that the genetics can provide real improvements in the way mental illnesses are diagnosed and treated. “There’s a lot to do across different diagnoses and across different populations, but we certainly know how to do it,” he says. “We’ll get there. It won’t be easy, it won’t be fast, but we’ll get there.” 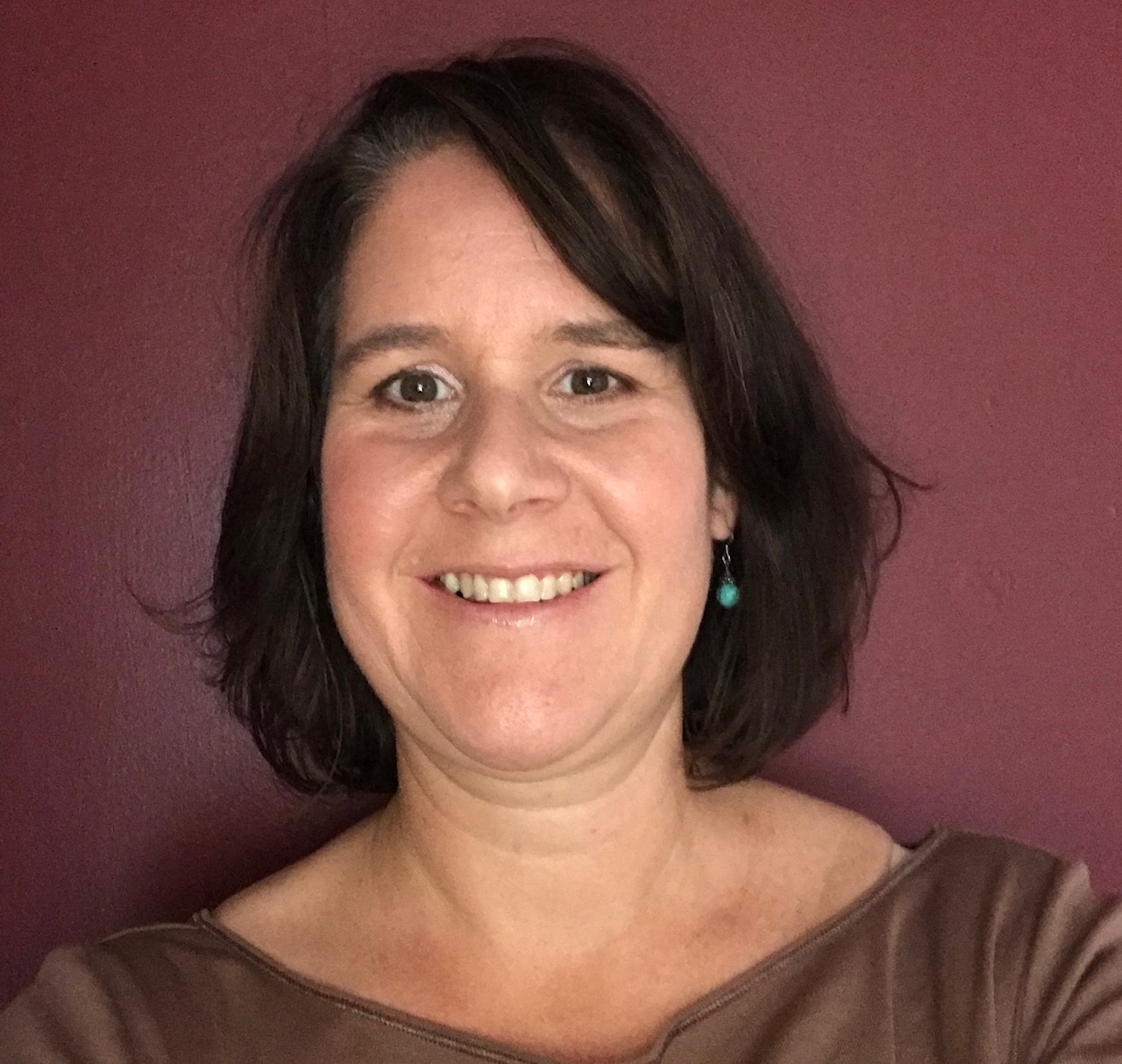