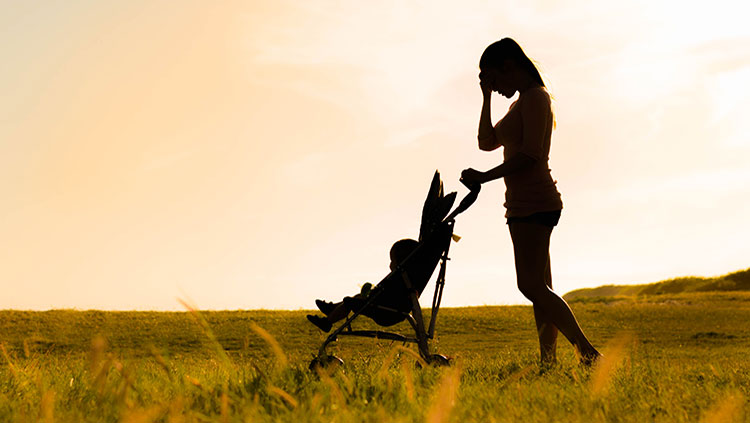 Jamie Maguire in a way stumbled onto the origins of pregnancy-related depression while investigating a type of epilepsy in the mid-2000s. As part of a UCLA team overseen by neuroscientist Istvan Mody, she and her colleagues were studying a strain of mice with certain impaired receptors that would have otherwise helped balance the brain at just the right level of activity. As they bred the mice, the team ran into trouble. After giving birth, the mouse mothers neglected and cannibalized their offspring — in mice, that’s a sign of despondent and dysfunctional behavior that may indicate relevance to human depression.

Pregnancy is a time of great change and little is known about how the brain shifts as a result. We know that 80% of women report some version of the “baby blues” during early motherhood. But for some 10 to 20% of these women, those mood changes become an acute and all-encompassing sadness known as postpartum or peripartum depression. The troubled mice launched experiments that helped Maguire triangulate depression, stress, and pregnancy, leading to the first FDA approved treatment for postpartum depression.

“A lot of times on the basic science side, you work your whole life on something and never see it go into the clinic. It’s been incredible,” Maguire says, “to hear these stories about patients getting better.” 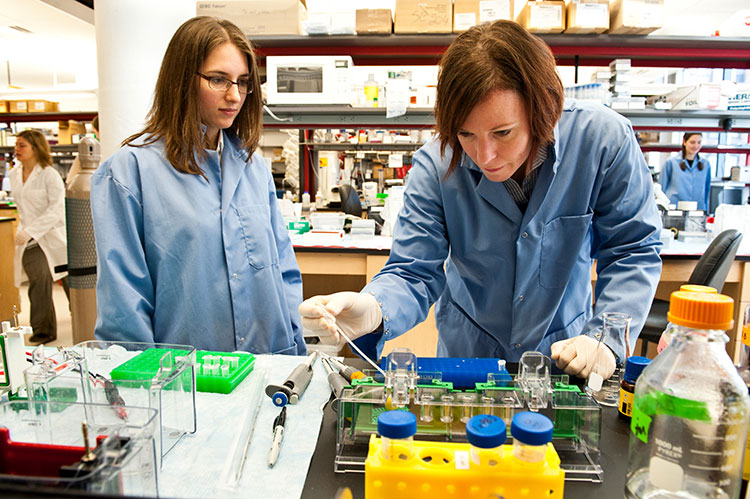 The observations about the melancholic mouse mothers focused Maguire’s attention on what set these animals apart: by design, certain receptors in their brains called GABA type A, which keep some neurons from firing too often, didn’t work. Messing with this “inhibition” contributes to the overfiring of epileptic seizures, as the group reported in 2005. In Mody’s lab, the GABA(A)-less mice generally acted normal until giving birth, then they experienced bouts of extreme stress. Later experiments conducted after Maguire established her lab at Tufts University in 2010 showed that disabling another critical player in the GABA system — a protein transporter called potassium-chloride cotransporter 2 (KCC2) — produced similarly stressed-out mother mice.

Maguire now believes pregnancy puts the brain in a precarious position. It ramps up the production of neurosteroid chemicals, which encourage the calming effects of the GABA system and limit stress by making a circuit known as the hypothalamic–pituitary–adrenal axis, or HPA axis, less responsive. At the same time, however, the number of GABA(A) receptors plummets to keep the brain from growing too lethargic. Keeping stress in check requires the brain to carefully balance neurosteroid production with the number of GABA(A) receptors.

Immediately after a mouse mother gives birth, neurosteroid levels plummet. Maguire’s mice, with their disrupted GABA(A) receptors, couldn’t compensate for this upset balance and grew overwhelmed. Similar events may leave humans in a more fragile state too. “A delay in recovery or failure to recover those [GABA(A)] receptors could create this period of vulnerability,” Maguire says.

Clinical trials backed up her theory. A company called Sage Therapeutics saw Maguire’s work in mice and ported it to humans: developing an intravenous injection to increase neurosteroid — allopregnanolone, possibly restoring neural balance and giving the mother’s brain more time to fire up her GABA system.

Results were dramatic. Self-reported symptoms of depression fell by nearly 70%, according to a Sage Pharmaceutical funded study published in 2017, while depression symptoms in a placebo group lessened by about 50%.

The FDA approved the medication, Zulresso (brexanolone), in 2019, making it the first treatment targeting postpartum depression. Doctors have long prescribed standard medications, but — perhaps because postpartum depression has its own unique cause — effectiveness varies. And where most treatments take weeks to lift a patient’s spirits, an infusion of allopregnanolone works in days.

For Maguire, who serves on the company’s scientific advisory board, hearing firsthand reports of how her lab research has led directly to swift improvements for patients is especially meaningful. “They say it’s like night and day,” she says. “People talked about it and I was getting chills.”

Other neuroscience researchers in maternal mental health cheer the fruits of Maguire’s lab work. “You see huge reductions in depressive symptoms,” says Liisa Galea, a neuroendocrinologist at the University of British Columbia. “It’s really quite amazing.”

Galea calls pregnancy a “perfect storm” for depression, when neural changes conspire with a phase of life that brings great joy, but much stress as well. The fact that merely bringing women into the hospital for even Zulresso’s placebo treatments helped so much is telling, she suggests, and wonders whether society could help head off depression early by paying more attention to the person after their pregnancy.

Jodi Pawluski, a neuroscientist at the University of Rennes in France, sees Zulresso as an exciting treatment option for postpartum depression. She praises Maguire for pulling off such influential research without support from major federal funding agencies, emphasizing that neuroscience of maternal mental health is a severely underfunded field.

Now Maguire is taking the bedside medication back into the lab, this time to study depression in general. The treatment disappears from the body in days, but its protection lasts for weeks — a hint that it somehow creates an enduring neural stability. “We have a really nice, clinically effective tool that works very fast,” she says. But, “what does that tell us about the underlying neurobiology of depression?” While Maguire understands better than most how postpartum depression differs from standard depression, she hopes that the disorders’ similarities could lead to breakthroughs helping those suffering from either one.

Depression Among Women. (2020, May 14). Retrieved from https://www.cdc.gov/reproductivehealth/depression/index.htm