Feline Parasites Influence Rat Behavior but What About Cat Lovers? 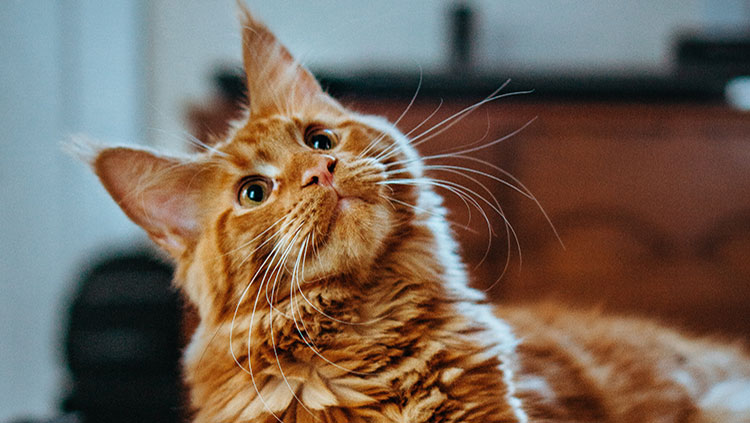 Photo by Amber Kipp on Unsplash

The single-celled toxoplasmosis gondii (or toxoplasma, for short), infects more than a third of humanity, yet this parasite confounds those trying to tease out its effects on behavior — particularly human behavior that society often labels as ‘crazy cat people.’

Toxoplasma makes itself at home in the brain after exposure to cat droppings or undercooked meat. The parasite can cause flu-like symptoms, and poses a threat to the immunocompromised and pregnant women — which is why the CDC recommends they avoid changing cat litter. The critters have become infamous for possibly colonizing our brains and tweaking our behavior — causing car accidents, risky choices, or even, some speculate, a passion for felines — the ‘crazy cat people’ of the world. But while rodent experiments hint how the simple microbes might influence more complex animals, researchers debate to what degree they can actually hijack your brain.

“It’s likely that [toxoplasma] can change human or other animal behavior [in the lab], but whether it does so in the real world,” says Robert Yolken, a neurovirologist at Johns Hopkins University, “we don’t really know.”

Much of the mythology swirling around toxoplasma stems from how it hitched its evolutionary wagon to cats. While the bug can asexually clone itself inside animals like rats and humans, only cat intestines contain an arousing acid that lets the parasites hook up, reproducing sexually. “For toxoplasma, living in a non-cat is like living in New Jersey, which is my home state,” Yolken jokes. “You’re alive, but you’d rather be somewhere else.” A hypothesis, Yolken suggests, is that toxoplasma seeks to improve its chances of sexual reproduction by getting from living in an animal where it cannot complete its life cycle to an animal where it can undergo sexual reproduction, namely a cat.

Could this fondness for felines be contagious? Indeed, infected lab rats appear to lose their self-preserving fear of cat urine, leading some researchers to wonder if toxoplasma steers rats into the jaws of their predators to help the parasite reach its preferred state of residence.

The theory gained momentum in 2009 when UK researchers discovered the parasite’s genome contains instructions for manufacturing the building blocks of dopamine, a mood-boosting and fear-squelching neural chemical. Two years later, the same group found that dopamine floods the brains of infected mice. In humans, dozens of studies linked (without showing causation) toxoplasma antibodies with schizophrenia, a psychiatric condition featuring an abundance of dopamine.

But recent evidence complicates this picture of chemical mind-control. Delete the dopamine-related genes or ramp up their activity, and rodent behavior remains unchanged. “Dopamine may well be involved, but it appears not — at least currently — sufficient to explain in full the behavioral changes observed,” says Joanne Webster, a researcher at the Royal Veterinary College in the UK who led many of the dopamine studies.

Or toxoplasma may not be quite the cat-obsessed, neurological puppet master many imagine. After the parasite sweeps through the body, it lingers in organs where the immune system doesn’t respond overly aggressively, such as the liver and brain. It also sets up camp in the testes, where it can reach new hosts through sex, according to Ajai Vyas, a neurobiologist at the Nanyang Technical University in Singapore.

Vyas found the parasite might be stacking the deck in its favor by pumping its hosts — cats and non-cats alike — with the hormone testosterone, making males more likely to catch a mate’s eye. As a bonus effect, rats high on their own masculinity might take more risks, like not retreating from the feline scent.

Vyas stresses that this effect isn’t some act of overwhelming control, but rather a light finger on the scale of how animals weigh risks against rewards. To him, T. gondii represents a chance to better understand how fear works in general.

With so much still unknown about the microbes’ effects on even the humble lab rat, researchers can only speculate how much any of these results translate to humans. Although the notion that such tiny beings could hold the reins of our behavior is irresistible. “I wonder about people who climb into lion cages,” Yolken says.

Many have tried linking the presence of toxoplasma-fighting antibodies with various human behaviors, and to some success. Some studies indicate people exposed to the parasite react slowly and get in more traffic accidents. A personality questionnaire concluded that infected men tend to be more jealous while infected women tend to act more warmly. Some reports link the infection with higher rates of psychosis. But other studies, such as a 2016 analysis of more than 800 individuals, found little to no connection with psychiatric conditions, personality, impulse control, or mental performance.

One challenge is that such studies often evaluate infection and behavior only at one point in time, making it hard to distinguish changes induced by the parasite. People usually lead more varied lives than lab rats, making it difficult to spot the microbe’s effects. Think of people who enjoy rare steaks and also tend to drive recklessly in fast cars. Consuming rare meat raises their chances of infection and reckless driving makes their chances of an accident more likely, but personal taste could explain the link between infections and accidents rather than parasitic control.

Researchers likely won’t know for sure until someone develops a treatment, Yolken says, and scientists can compare an infected patient’s behavior with their behavior after being cured. “Knowing for sure that what you’re seeing is due to toxoplasmosis is easy in animals,” he says, “but next to impossible in humans.”