Researching Regeneration Through the Zebrafish 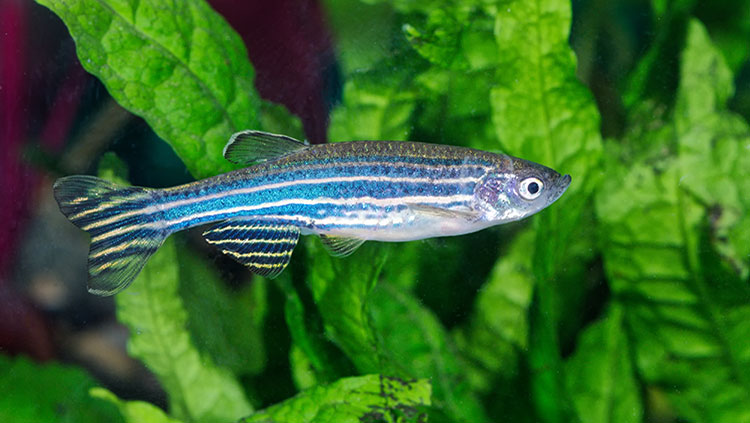 In addition to retractable claws and a preternatural sense of smell, the X-Men’s Wolverine possesses a mysterious and powerful “healing factor.” The mutant superhero heals spontaneously as he battles to save humanity. He barely ages. His cuts and wounds heal in seconds. He rapidly regrows limbs and organs, and never gets sick. It all makes for riveting fiction.

And yet, the ability to regenerate injured limbs and organs actually exists in some species: salamanders can grow entirely new tails when they injure or lose one, as well as upper and lower jaws, eyes, and hearts; crabs, lobsters, shrimp, and starfish can also regrow injured limbs.

But, a tiny, striped, transparent fish outdoes them all — the zebrafish can repair and regenerate its heart, brain, retina, pancreas, spine, fins, and kidneys.

That’s good news for us, because not only do zebrafish and humans have the same major organs and tissues, we share more than 80% of the same genes associated with human disease. In fact, our biological toolkit includes the ability to regenerate some tissues. Humans regenerate skin every 27 days, bones when they’re broken, the liver when it’s injured, and red blood cells every four to eight weeks. Understanding the zebrafish’s remarkable capacity to regrow injured organs could one day allow humans to regenerate eyes, hearts, and spines.

At The University of Wyoming, biochemist/molecular pharmacologist Karen Mruk, studies how zebrafish repair and regenerate a broken or injured spine. Over 17,000 people in the United States suffer a spinal cord injury every year, leading to partial or complete paralysis, numbness, loss of sensation, balance problems, and more. Mruk wants to know how zebrafish use electricity to tell cells when to increase inflammation, and when to resolve it. Too much inflammation leads to lasting damage. Using electrodes, she measures how electricity across the entire zebrafish spine changes after injury and uses three-dimensional imaging to see which cells are also changing in response to the electricity. “What does the fish do electrically that lets the spine recover?” she asks. “Can we apply that to humans?” 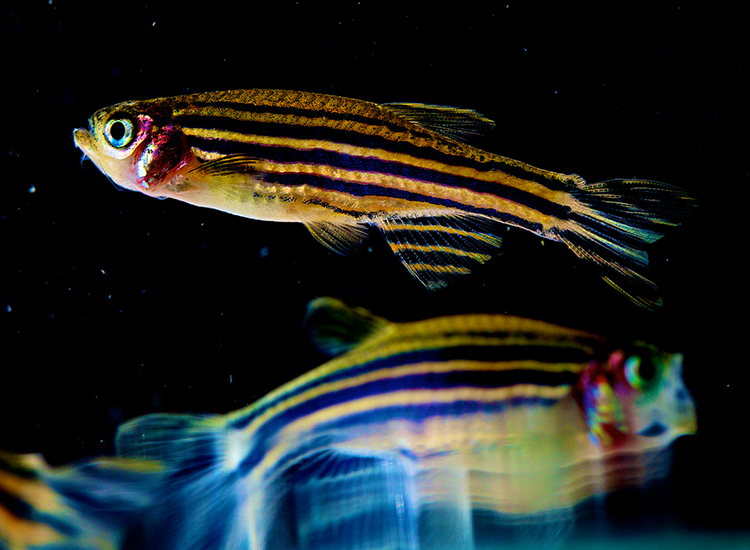 Many scientists think we can. Zebrafish, which sport blue stripes inspiring their name, are a favorite vertebrate for research in labs across the world. They reproduce easily, producing between 50 and 300 eggs every 10 days after mating. They can absorb experimental medications and compounds from the water they swim in. Their embryos are transparent, and yet have a fully specialized nervous system by the time they’re five days old. Adult zebrafish can also be genetically engineered to be transparent. That’s very important, because by using fluorescent chemical tags, scientists can watch their cells light up as they move or send signals to other cells. If we can gain a deeper understanding of how these small fish regenerate so many organs, we might develop ways to coax our own eyes and spines to restore themselves after injury or illness.

“Zebrafish can reprogram certain genes in response to damage, so that their cells can function the way they did in early development, and then grow new cells within the eye, the heart, and many other tissues,” explains Vincent Tropepe, a developmental neurobiologist at the University of Toronto. In hearts, for instance, zebrafish can increase the activity of genes that are associated with wound healing and specialized growth factors. In eyes, cells in the fish retinas, called Müller glia cells, can transform in response to injury and act like stem cells. Stem cells have the unique ability to develop into many kinds of specialized cell types in the body. “In humans, there are tight brakes on cell division,” says Tropepe, “so cells don’t go wild with uncontrolled tissue growth. If we can understand how zebrafish regenerate tissue without creating cancer, we may learn how to reprogram our own genes to do the same thing.”

Slow vision loss isn’t unique to Usher syndrome. Zebrafish may help us with another, much more common form of blindness: macular degeneration

Tropepe and his colleagues at the university want to develop a treatment for Usher syndrome, a genetic disorder that leads to gradual, progressive hearing and vision loss in childhood. About 25,000 individuals worldwide suffer from the disorder, and there is no known cure.

Four separate genes can cause Type I Usher syndrome — the most severe form of the disease. One of those genes, protocadherin related 15 gene (pcdh15), can be found in humans and zebrafish (where it is known as pcdh15b). As such, the zebrafish retina, the light-sensitive portion of the eye, proves a near perfect model for Tropepe to investigate.

Degeneration of the photoreceptors, the cells in the retina that respond to light, causes the vision loss typical of Usher syndrome. The first symptom is often difficulty seeing at night and in low light. By altering the pcdh15b in the retina of the two-inch fish, Tropepe and his colleagues can mimic the human version of the gene found in one out of five Usher syndrome patients. His team speculates that when pcdh15b is defective, it can’t make one of the proteins the eye needs for detecting light, key to the early development of photoreceptors in the retina. Tropepe hopes to identify the pcdh15b-binding proteins and learn how they work, to develop a gene therapy for humans with Usher syndrome.

Slow vision loss isn’t unique to Usher syndrome. Zebrafish may help us with another, much more common form of blindness: macular degeneration. This is a disease associated with aging and leads to progressive damage and loss of vision in the central part of the retina, called the macula.

“You can blind or seriously damage a zebrafish, and they will regrow their eye in a matter of weeks,” says James Patton, a biologist at Vanderbilt University. The fish can do this because of those Müller glia cells in the retina. Behaving like stem cells, they can regrow the retina and replace all the damaged neurons. “The amazing thing is that humans have the same exact Müller glia cell,” says Patton. “But ours doesn’t respond to damage the same way.”

In related research, Patton and colleagues found that the Müller glia were stimulated to become like stem cells and proliferate when levels of the neurotransmitter gamma-aminobutyric acid (GABA) were reduced. The neurotransmitter GABA puts the breaks on cell signaling, and scientists now wonder if it also plays a role in regeneration. When GABA levels are high, the stem cells stay quiet, and if GABA levels fall, then the stem cells start to divide. Patton now plans to explore whether inhibiting GABA signaling might trigger regeneration in the retina of mice. Perhaps someday, we will be able to do the same in humans who have injured retinas or are going blind. 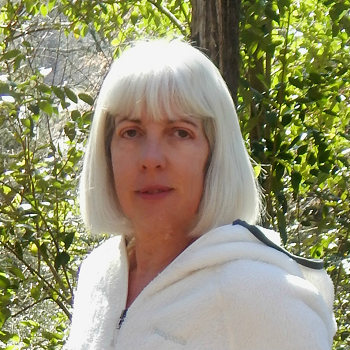 Jill Neimark is a science journalist and author of adult and children's fiction. A former contributing editor at Discover Magazine, she has also written for Scientific American, Science, Nautilus, Aeon, The New York Times, NPR, Quartz, and Psychology Today.

Related Topics Animals in Research In the Lab 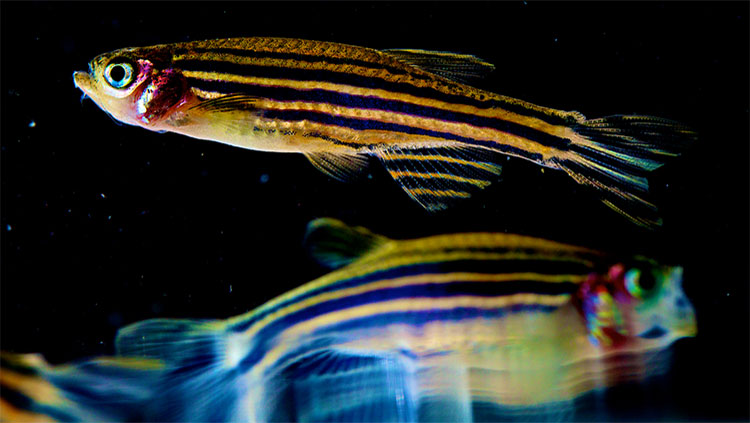 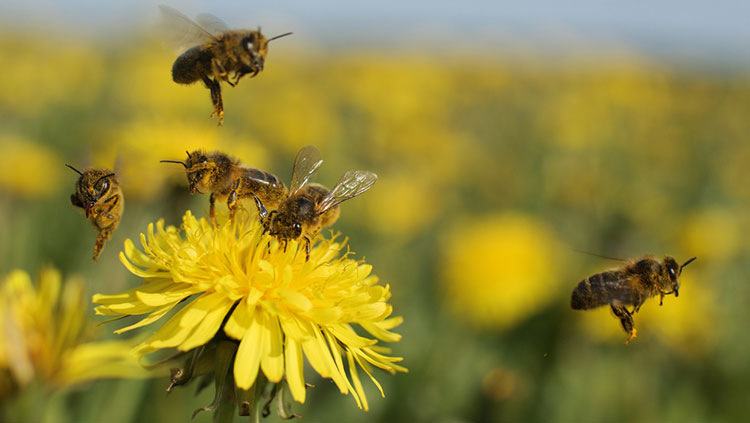