Ring Around the Rosette 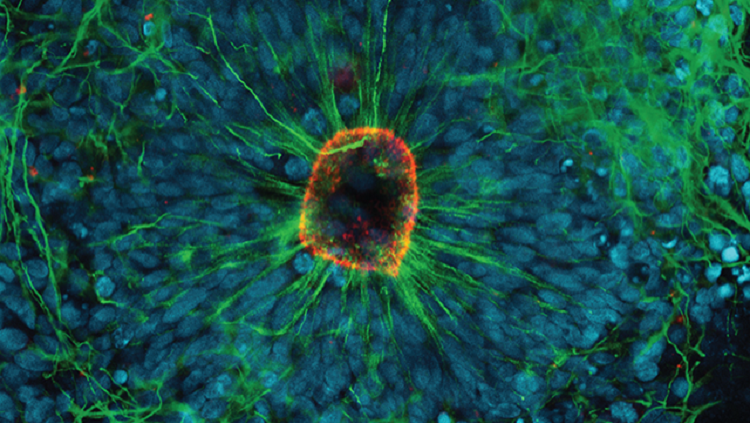 To study the human brain, sometimes a petri dish is more useful than the real thing. This image shows a neural rosette, a model of the developing human brain that scientists use to study how new cells are born. In the center of the rosette are precursor cells, specialized cells that create new neurons and glia by dividing themselves. The red ring is a visualization of the connections between these precursor cells. As they generate new neurons and glia, the newborn cells radiate out from the center of the rosette to the outer edge of the brain using the precursor cells as a scaffolding, marked in green. With this model, scientists can directly observe the processes behind the developing human brain from the earliest stages.