Neuroscientists Grow Their Own Neurons 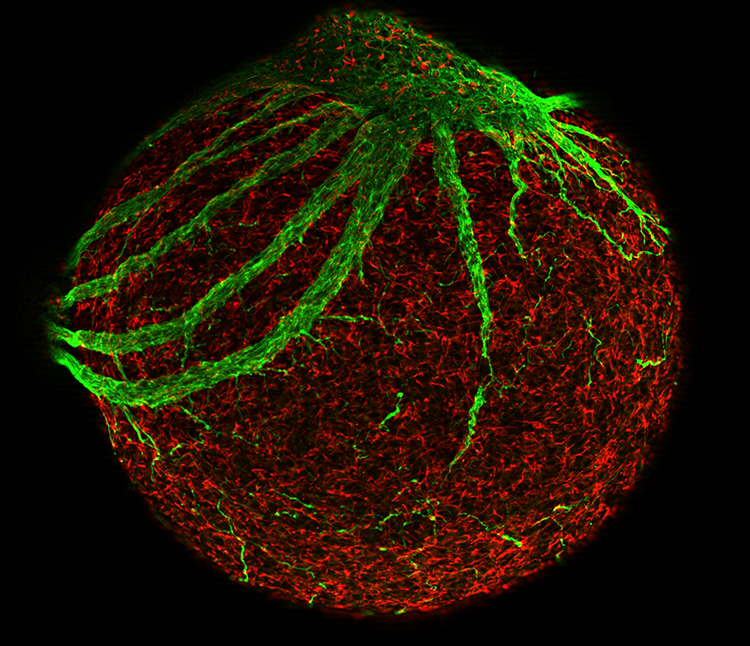 The intact human brain is hard to access for some types of experiments. Neuroscientists must often choose between analyzing post-mortem single cells or chunks of tissue in fine detail or observing the brains of living subjects with low resolution methods. But so-called embryoid bodies, like this glowing red orb, have recently become something of a middle ground. With the right chemicals, stem cells that could become any cell (seen here in red) can be coaxed into forming networks of neurons (green). Researchers at Newcastle University grew this embryoid body from mouse stem cells in about a week.

Neurons working together act more naturally than neurons operating alone, making them better for studying brain development and disorders. Recent embryoids have produced neurons that fire chains of action potentials, as well as supporting cells such as astrocytes. Some researchers speculate that similar systems could eventually be used to farm replacement neurons for transplants. Such a treatment could restore hearing, for instance, to someone with damaged hair cells in their inner ear.