ICYMI: Brain Waves Can Predict Who Will Benefit From Antidepressants 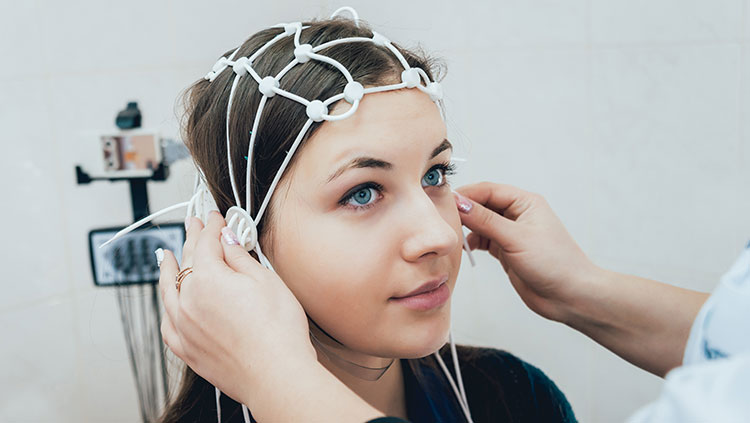 These were the top neuroscience stories for the week of February 10, 2020.

Brain Waves Can Predict Who Will Benefit From Antidepressants

Treating depression can be a process of trial and error: try a medication and see if symptoms improve. Being able to predict whether someone will respond to a medication would help doctors select the best treatment. Now, scientists have come a step closer to making that a reality. In a study published February 10 in Nature Biotechnology, researchers found a neural signature that predicts whether someone will respond to a common antidepressant. The researchers created a machine-learning algorithm and fed it brain imaging data from a study of more than 300 people with major depression. The EEG recordings were collected before participants were treated with sertraline (Zoloft) or placebo. The artificial intelligence system identified a distinct pattern of brain waves in the people whose symptoms improved with sertraline. The researchers tested the algorithm on brain imaging data from three other independent studies and found it accurately predicted who benefited from the antidepressant.

Read more: Will That Antidepressant Work for You? The Answer May Lie in Your Brain Waves (NPR)

Parabens are chemicals used to extend the shelf life of food and cosmetic products. A new study suggests using paraben-containing cosmetics during pregnancy can affect weight gain in offspring. In the study, published February 11 in Nature Communications, researchers asked pregnant women about the cosmetics they used every day and measured the concentration of parabens in their urine. Girls — but not boys — born to women with high concentrations of butyl paraben in their urine were more than twice as likely to be overweight when they were two to eight years old. In a separate study, the researchers exposed pregnant mice to butyl paraben and found the same pattern: female offspring weighed more than unexposed offspring and had higher fat mass and lower lean mass. Finally, the researchers analyzed gene expression in the hypothalamus, the region of the brain regulating food intake. Overweight female offspring showed diminished expression of genes involved in satiety, or the feeling of fullness.

Big picture: A growing body of research shows the chemicals we encounter every day can affect our health and the health of future generations. A mom’s diet during pregnancy shapes her child’s future food preferences, while exposure to pesticides and air pollution are linked to autism.