You may have witnessed the short-term effects of food on your brain: a sugar rush after too much candy or a mental fog from hunger. But what we eat also affects us in the long term. Starting in the womb and continuing into old age, our diets don’t just shape our bodies, but our brains as well.

Poor diets lead to a host of medical issues: obesity, cardiovascular disease, diabetes, and certain cancers. But diet also influences the brain and can increase the risk for mental disorders and neurodegenerative diseases. Researchers are uncovering the details of how the foods we consume affect our cravings, our moods, and even our memories.

Food preference first develops in the womb. Studies show that if moms drink carrot juice during pregnancy, infants are more likely to prefer the flavor of carrots. To see if this holds true for less healthy foods and to probe what’s going on in the brain, researchers turned to monkey studies.

While pregnant, monkey mothers ate either a healthy, low-fat diet or a high-fat one. When their offspring were young — equivalent to human toddlers — they were given access to a junk food diet, high in fat and sugar. Compared to monkeys whose mothers ate healthy diets during pregnancy, monkeys whose mothers ate high-fat diets consumed more of the junk food. To see how their prenatal diet had changed their brains and possibly permanently sculpted their food preferences, the researchers looked at the expression of dopamine markers in the brain.  Dopamine is a neurotransmitter important for reward and motivation.

When eating a favorite food, dopamine levels rise, creating that feeling of pleasure experienced by chocolate lovers everywhere. (A similar surge happens with addictive drugs). But eating too many treats leads to a decrease in the effects of dopamine — the brain tries to turn down the signal. Suddenly, it takes more chocolate cake (or cocaine) to feel the same rush.

In the monkeys, prenatal diets high in fat led to a decrease in the number of dopamine fibers and a decrease in dopamine receptors. This could explain why the toddler monkeys gorged on sugary, fatty food: they had to eat more to feel the same pleasure. These findings suggest their brains were primed early on in development to want more junk food.

Heidi Rivera, a postdoctoral researcher at the Oregon National Primate Research Center, points out that the high-fat diet the monkey moms were on is actually “similar to our Western-style diet.” Her results hint at a possible contribution to the soaring childhood obesity rates in the US.

Rivera’s study shows what you eat during development affects what you want to eat later in life, but Constance Harrell at Emory University wondered, “Can what you eat affect how you feel?”

Data from a 2008 survey revealed that teenagers consume more sugary drinks (sodas, sports drinks, energy drinks, and the like) than people in other age groups. Sugar — especially in the form of high fructose corn syrup, which is now ubiquitous in everything from soda and salad dressing to yogurt and bread — can increase levels of stress hormones in the brain. As adolescence is a crucial time for brain development, high sugar consumption and the subsequent increase in stress hormones during this time may trigger mental health problems, like anxiety and depression.

To see if eating sugar-filled diets affects mental health, Harrell put adolescent rats on either a typical, healthy rodent diet or a diet full of fructose. Compared to the healthy rats, the rats that ate more sugar had higher levels of stress hormones. Next, the researchers tested if the sugar-fed rats were more anxious or depressed.

Indeed, when put in a maze with two kinds of arms — open and exposed or closed and dark — the fructose-fed rats spent more time in the closed, “safe” arms, a sign of increased anxiety. When forced to swim, in a tank of water — something rats don’t particularly enjoy — the fructose-fed rats gave up sooner, indicative of depression. Other studies in adolescent rats have found that sugary diets lead to impaired memory.

“I think it’s important to recognize there are potential impacts for a high fructose diet not only on metabolism, but also on the mind,” says Harrell.

Interestingly, adult rats didn’t suffer the same consequences from sugar overload in Harrell’s studies. The developing teenage brain seems to be especially vulnerable to high sugar consumption. However, overall diet — particularly its effect on weight — continues to influence the brain into old age.

For example, some studies have found a link between body weight and the size of the hippocampus, an area of the brain important for learning and memory. Researchers in Australia investigated this link in adults by measuring the size of the hippocampus and comparing it to the person’s body mass index (BMI), a ratio of weight to height that is used to determine if someone is overweight.

They found that, in people in their sixties, those who were overweight or obese (those with the highest BMIs) had smaller hippocampi than people of healthy weights. In addition, over the course of eight years, everyone’s hippocampus shrank, but the overweight subjects experienced the biggest losses. The hippocampus normally shrinks with age, but it shrinks to a greater degree in dementia, which leads to memory problems. Other research in humans suggests that obese people score lower on memory tests, but losing weight through bariatric surgery can improve scores.

Studies in mice might offer some clues about the connection between obesity and the hippocampus. Obese mice had higher levels of inflammation in the brain, including in the hippocampus, caused by the release of a molecule from fat cells. The mice also performed poorly on memory tests, suggesting chronic inflammation wears down the brain, leading to memory problems.

Our brains are sculpted by what we eat. If it’s too much fat, too much sugar, or just too much, there may be permanent consequences for our brain function. Keeping our brains in shape is one more reason to clean up our diets. 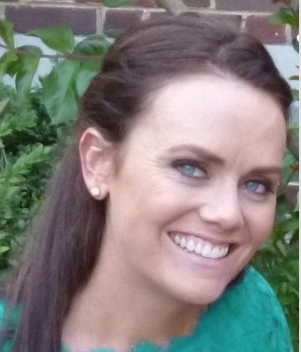 Cherbuin N. Findings suggest possible link between obesity and cognitive decline. Press conference at the annual meeting of the Society for Neuroscience (2014).

Harrell C. Consuming a high-fat diet in adolescence may exacerbate depressive-like behavior. Press conference at the annual meeting of the Society for Neuroscience (2014).

Rivera H. High-fat diet during pregnancy may affect offspring’s eating habits. Press conference at the annual meeting of the Society for Neuroscience (2014).