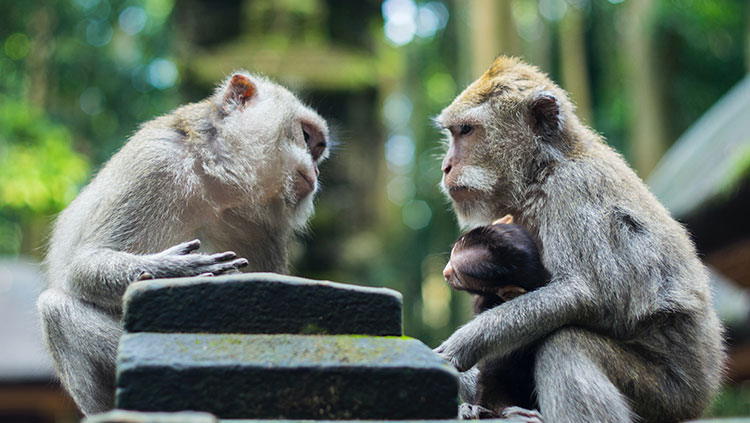 Photo by Mihai Surdu on Unsplash

These were the top neuroscience stories for the week of April 20, 2020.

Humans’ unique capacity for language stems from special structures and pathways in our brains. Macaque monkeys may have a version of one of these pathways, too. As they report in the April 20 issue of Nature Neuroscience, researchers compared brain scans from humans, chimpanzees, and macaques. They identified a region in the macaque brain that may be a prototype of the human arcuate fasciculus, a bundle of nerve fibers connecting the parts of the brain involved in understanding and producing speech. The finding comes with controversy: until now, scientists had only identified a simpler version of the arcuate fasciculus in chimpanzees. The thinking was that the structure evolved some 5 million years ago in an ancestor shared by humans and chimpanzees but not monkeys. The new finding suggests the neural architecture supporting language may have evolved 20 million years earlier in a common ancestor of humans and monkeys.

Big picture: Our brains are primed to learn language from birth. Yet we’re not the only species that communicates with complex vocalizations. And, a lot of what we know about human language learning comes from research in other animals like songbirds.

Read more: Scientists Make A Spectacular Discovery About the Origin of Language in the Brain (Inverse)

After dinosaurs went extinct, birds began evolving bigger brains relative to their body size, researchers reported April 23 in Current Biology. By scanning fossils from dinosaurs and extinct bird species to create digital endocasts — models of the skull cavity that approximate brain size — they could compare extinct bird brains to the brains of modern-day birds. Turns out dinosaurs and birds living during the same time had similar brain-body ratios. After the dinosaurs went extinct, however, birds began evolving proportionally larger brains; their bodies shrunk, while their brains stayed about the same size. Crows have the largest brain-body ratios, which may explain their remarkable cognitive abilities like counting and using tools.

Big picture: While brain size can give you a rough idea of an animal’s intelligence, it’s not the whole story. Scientists now think the number of neurons in the cerebral cortex is a better indicator of cognitive abilities.