ICYMI: Researchers Find a Hibernation Switch in the Mouse Brain 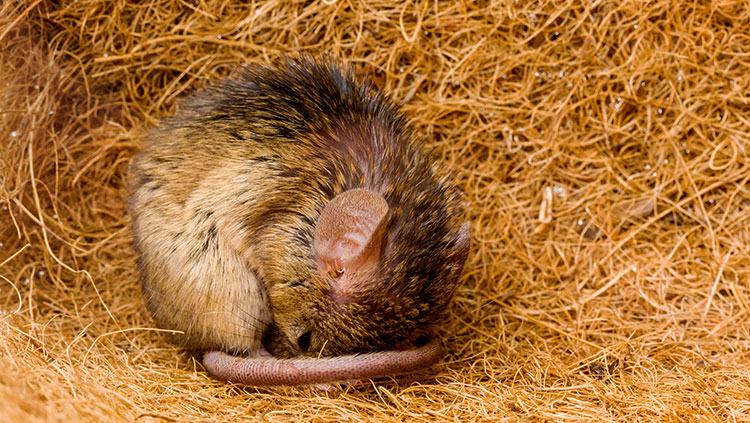 These were the top neuroscience stories for the week of June 8, 2020.

Researchers Find a Hibernation Switch in the Mouse Brain

Two independent research groups identified neurons in the mouse brain that, when activated, prompt the animals to enter hibernation-like states. Both groups published their findings June 11 in Nature. In one study, researchers targeted neurons producing a peptide called QRFP. Prior studies implicated this peptide in activity and food intake. Stimulating these neurons, located in the brain’s hypothalamus, caused mice to enter a hibernation-like state: they became very still and their heart rate, body temperature, and metabolism fell. The effects lasted from hours to a few days. Another team investigated a natural hibernation-like state called torpor that some mice enter when food is scarce. Using a dye to label active neurons, they pinpointed a specific group of neurons in the hypothalamus vital to the torpor state. When the researchers later stimulated these neurons in a separate group of mice, those mice entered a torpor-like state despite having access to food.

Big picture: Being able to induce a similar state in humans could improve outcomes after stroke or injury. In cases of severe brain injury or disease, doctors sometimes induce comas in patients using anesthesia. This slows blood flow and metabolism in the brain, relieving pressure and minimizing inflammation. A hibernation switch could even make it possible to send astronauts off on a long voyage into deep space (in theory, anyway). But it’s unclear if humans possess these hibernation neurons or if activating them could trigger a state of suspended animation.

Australia’s elusive night parrot might not see so well in the dark, researchers reported June 9 in Scientific Reports. The team digitally reconstructed the brain of a deceased parrot by scanning its intact skull with a micro CT scanner. Compared to closely related parrot species, the night parrot possessed small optic lobes — the portion of the brain devoted to visual perception — and small optic nerves, the nerve tract connecting the eyes to the brain. The results suggest the night parrot may have low visual acuity.

Big picture: The night parrot is considered one of the world’s most elusive birds — their sparse population and nocturnal lifestyle have made them extremely hard to study. But their remains can offer clues about their biology and habits. By scanning the night parrot’s skull, the scientists were able to create a digital endocast, a 3-D rendering that approximates the size and shape of the brain. Scientists have used this technique to study a range of species from birds to extinct human ancestors.