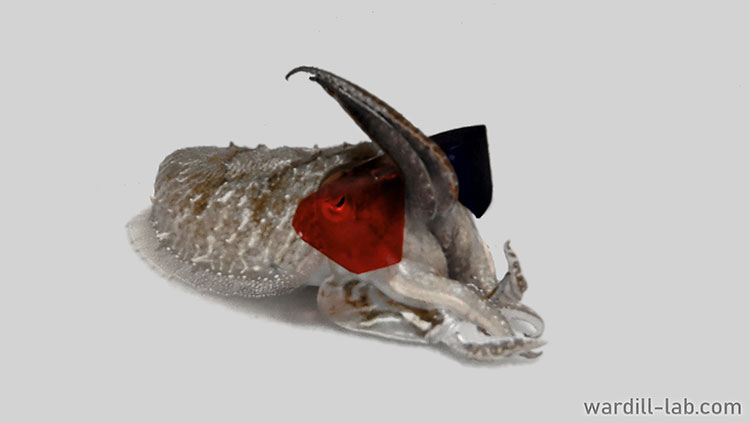 Each of your eyes gets a slightly different view of the world. Your brain combines them into one coherent picture that lets you perceive depth and distance, a phenomenon called stereopsis. Up until two years ago, when researchers in the U.K. found the praying mantis has stereo vision, scientists thought only vertebrates possessed this ability. Now, there’s another invertebrate to add to the list — the cuttlefish, a mollusk related to squid and octopuses. In a study published January 8 in Science Advances, scientists affixed 3-D glasses to cuttlefish and played 3-D movies of tasty grass shrimp on a screen in their tank. The cuttlefish struck at the images of their prey, repositioning themselves for each attack so they were the same distance from the shrimp’s perceived location.

Related: Cuttlefish change the color and texture of their skin to hide from predators.

A new study suggests hiking the minimum wage can reduce suicide rates and save thousands of lives. For the study, published January 7 in the Journal of Epidemiology & Community Health, scientists from Emory University analyzed state minimum wages and suicide rates for all 50 states and the District of Columbia for each month between 1990 and 2015. They found that a $1 increase in the minimum wage was linked to a 3 to 6% reduction in the suicide rate among adults with a high school education or less. The effects were even greater during times of high unemployment and economic distress.

Big picture: Researchers are learning how our social and economic environment affect our mental health. Understanding the connection has never been more pressing — between 2000 and 2017, the suicide rate in the U.S. increased by nearly 20 percent.

How a 2,600-Year-Old Brain Resisted Decay

In 2008, archaeologists in England unearthed a 2,600-year-old human skull from a muddy pit. Inside, they found an astonishingly well-preserved brain. Scientists were baffled. The human brain decays rapidly after death — preservation for thousands of years shouldn’t have been possible. Now, scientists have found a clue to the brain’s longevity. In a study published January 8 in the Journal of the Royal Society Interface, scientists found brain proteins folded themselves into stable conformations that could resist millennia of decay.

Related: What scientists have learned about the evolution of the human brain.

Read more: The mystery of this 2,600-year-old brain may have finally been solved (CNET)

If you or someone you know is struggling with self-harm or thoughts of suicide, call the National Suicide Prevention Lifeline at 1-800-273-8255. The lifeline provides free and confidential support, 24 hours a day, 7 days a week. Or, call 911 or go to your nearest emergency room.