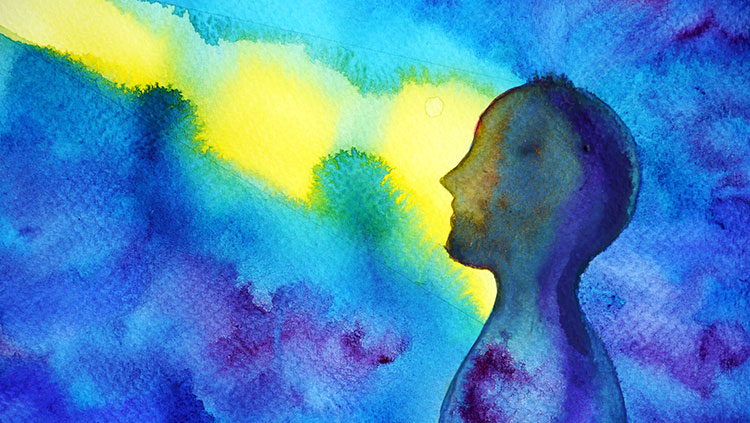 A brain implant delivering tailored electrical stimulation relieved symptoms in a woman with severe, intractable depression, researchers reported October 4 in Nature Medicine. To design an optimal brain stimulation prescription, they first had to pinpoint where, when, and how much to stimulate. So, in a previous study, they implanted ten electrodes in her brain. While stimulating each one, they asked the patient to describe how she felt. That led them to the ventral striatum, a region involved in motivation and reward — when they stimulated it, her mood immediately lifted. They recorded her brain activity over 10 days and identified a pattern of electrical activity that predicted a slide into the depths of depression — a neural SOS — in the amygdala. With these neural signatures in hand, they created a brain implant with two electrodes for the new study: one embedded in the amygdala to detect the distress signal, the other in the ventral striatum to deliver a small jolt of electricity. After a few months of daily stimulation, her score on a common test to measure depression fell to normal levels.

Related/big picture: Researchers have explored deep brain stimulation as a depression treatment for the last two decades. But using a one-size-fits-all approach to brain stimulation failed to produce conclusive results. The new study is the first to deploy a tailored, closed-loop stimulation protocol, an individualized approach that may one day offer relief to many more patients.

Read more: A ‘Pacemaker for the Brain’: No Treatment Helped Her Depression — Until This. The New York Times