Sketch of a Memory

A song can remind you of an event that happened many years ago. Learn about the processes of memory and watch as a woman remembers her first date in this video, created by Xavier Viñals and África Flores from Pompeu Fabra University in Catalonia, Spain. This video tied for second place in the 2013 Brain Awareness Video Contest.

Memory is the sum of what we remember and plays a big role in our life. You remember how to drive a car. You remember how to tie your shoes or unbutton your jacket. Procedural memory allows you to remember how to do things and perform your skills. But you can also remember your favourite song, recognize the face of your friends and the taste of that carrot cake. Declarative memory is responsible for storing past events and acquired knowledge, and it is going to be the main character for the next minutes.

The three main processes involved in human memory are encoding, storage and retrieval.

Encoding is the term used for the various processes by which information is transformed into a memory representation. Encoding begins with perception which is the conversion of a sensory stimulus into electrical impulses that travel through the neurons to the sensory areas of the cortex. Thus, visual, auditory, tactile and olfactory stimuli are decoded in their respective sensory area, whereas sensory input with a particular meaning, such as spoken language, is decoded in Wernicke's area. Therefore, sensory memory retains these impressions after the original stimuli have ended although it decays in less than a second. To deal with the huge amount of information around us, attention prioritizes elements that should be processed ignoring the others, acting like a cognitive filter. These sensory memories are then combined in the hippocampus into one single experience, comparing and associating it with previously recorded ones. The hippocampus not only receives but also sends connections to the cortex, assembling a neuronal network which operates as a kind of hologram.

At this point, two main models have been proposed to explain the functioning of short-term memory: the multi-store model and the working memory model. The multi-store model, proposed by Atkinson and Shiffrin in 1968, is built on the idea of three memory stores and identifies memory as a flow of information through the system. Short-term memory holds a small amount of information in a readily-available state for a short period of time, and can be transferred to the long-term storage only if it's mentally repeated, which is known as rehearsal. However, this model has been considered too simplistic and in 1974, Baddeley and Hitch proposed the working memory model where the short term storage is replaced by three components: the central executive, who acts like a company boss: making decisions about which issues deserve attention and controlling and integrating information from its two assistants; the phonological loop, which is linked to speech perception and production. It retains words in mind for 1-2 seconds by using rehearsal like replaying a tape; the visuo-spatial scratch pad, which stores visual information and allows us to manipulate images in our head. In 2000, the episodic buffer was added to the model to coordinate information across domains, ordering it chronologically and associating it with the long-term memory.

These permanent memories constitute our long-term memory, which in contrast to the popular view, it is not stored just in one part of the brain, but each component of the memory is stored where it was originally encoded. The human brain can store almost unlimited amounts of information indefinitely. However, forgetting can occur as a result from incorrectly or incompletely encoded memories, and/or problems with the retrieval process. Moreover, some authors hold that long-term memories do actually decay and disappear completely over time.

All of these processes are very important but they are meaningless without retrieval, which is the possibility to re-access all the memories stored, what is known as remembering. During retrieval, the brain "replays" the original pattern formed during encoding mixed with an awareness of the current situation, returning a memory from long-term storage to short-term memory where it becomes labile and modifiable. There are two main methods of accessing memory: recall and recognition. Recall involves voluntary remembering a fact, event or stimulus that is not currently physically present by actively reconstructing the information. This happens, for instance, when you recreate your last weekend during a conversation with a friend. In contrast, recognition is an unconscious process that associates an event or stimulus with one previously experienced, involving just a process of comparison. This occurs when the taste of a cake or a song from the radio make you remember that first date.

In sum, this is how memory works. Now, perhaps you may realize how essential memory is, tying your past with your present, providing a framework for the future, and constituting a key aspect of your personal identity. 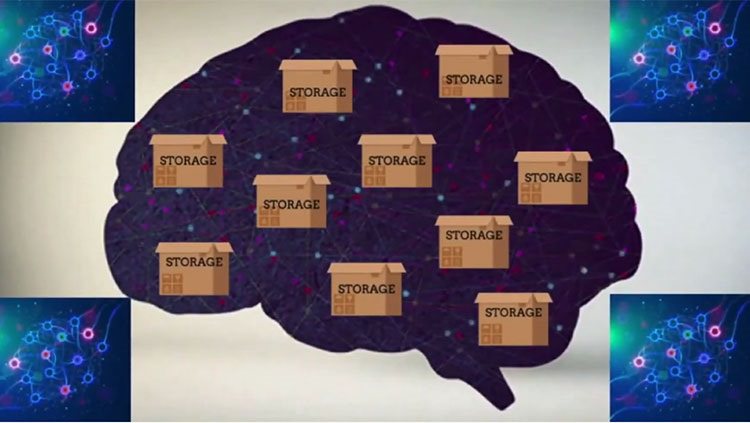