Making Sense of Scents: Smell and the Brain 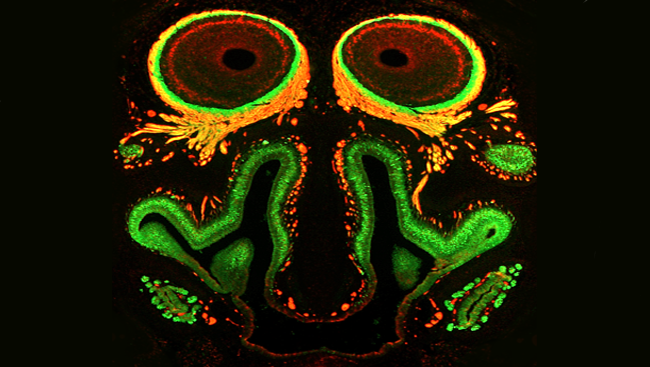 This image may look like a carnival mask, but it actually shows the key structures mammals use every time they smell. The “mouth” is the nasal cavity of a mouse, which is lined with specialized odor-sensing cells (in green). These cells signal to the olfactory bulbs — the round “eyes” in the image.
Memi, et al. Journal of Neuroscience, 2013. 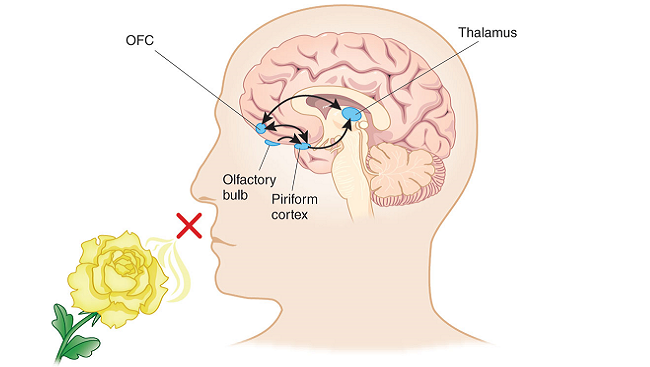 After receiving smell information from the nose’s sensory receptors, the olfactory bulb relays the information to a circuit of brain regions for processing.

With every whiff you take as you walk by a bakery, a cloud of chemicals comes swirling up your nose. Identifying the smell as freshly baked bread is a complicated process. But, compared to the other senses, the sense of smell is often underappreciated. Scientists studying olfaction have shed light on how our sense of smell works and provided compelling evidence that it’s more sophisticated than previously thought.

In a survey of 7,000 young people around the world, about half of those between the age of 16 and 30 said that they would rather lose their sense of smell than give up access to technology like laptops or cell phones.

"We're not that acutely aware of our use of olfaction in daily living," explains Noam Sobel, a scientist who studies smell at the Weizmann Institute of Science. But 5 percent of our DNA is devoted to olfaction, a fact that emphasizes how important our sense of smell is, he said.


Smell begins at the back of nose, where millions of sensory neurons lie in a strip of tissue called the olfactory epithelium. The tips of these cells contain proteins called receptors that bind odor molecules. The receptors are like locks and the keys to open these locks are the odor molecules that float past, explains Leslie Vosshall, a scientist who studies olfaction at Rockefeller University.

"Think of a lock that can be opened by 10 different keys. Two of the keys are a perfect fit and open the door easily. The other eight don’t fit as well, and it takes more jiggling to get the door open," explains Vosshall.

Odors in the Brain


This neural code begins with the nose’s sensory neurons. Once an odor molecule binds to a receptor, it initiates an electrical signal that travels from the sensory neurons to the olfactory bulb, a structure at the base of the forebrain that relays the signal to other brain areas for additional processing.

One of these areas is the piriform cortex, a collection of neurons located just behind the olfactory bulb that works to identify the smell. Smell information also goes to the thalamus, a structure that serves as a relay station for all of the sensory information coming into the brain. The thalamus transmits some of this smell information to the orbitofrontal cortex, where it can then be integrated with taste information. What we often attribute to the sense of taste is actually the result of this sensory integration.

"The olfactory system is critical when we're appreciating the foods and beverages we consume," says Monell Chemical Senses Center scientist Charles Wysocki. This coupling of smell and taste explains why foods seem lackluster with a head cold.

You’ve probably experienced that a scent can also conjure up emotions and even specific memories, like when a whiff of cologne at a department store reminds you of your favorite uncle who wears the same scent. This happens because the thalamus sends smell information to the hippocampus and amygdala, key brain regions involved in learning and memory.


Although scientists used to think that the human nose could identify about 10,000 different smells, Vosshall and her colleagues have recently shown that people can identify far more scents. Starting with 128 different odor molecules, they made random mixtures of 10, 20, and 30 odor molecules, so many that the smell produced was unrecognizable to participants. The researchers then presented people with three vials, two of which contained identical mixtures while the third contained a different concoction, and asked them to pick out the smell that didn’t belong.

Predictably, the more overlap there was between two types of mixtures, the harder they were to tell apart. After calculating how many of the mixtures the majority of people could tell apart, the researchers were able to predict how people would fare if presented with every possible mixture that could be created from the 128 different odor molecules. They used this data to estimate that the average person can detect at least one trillion different smells, a far cry from the previous estimate of 10,000.

The one trillion is probably an underestimation of the true number of smells we can detect, said Vosshall, because there are far more than 128 different types of odor molecules in the world.

No longer should humans be considered poor smellers. In fact, new research suggests that your nose can outperform your eyes and ears, which can discriminate between several million colors and about half a million tones. “It’s time to give our sense of smell the recognition it deserves,” said Vosshall. 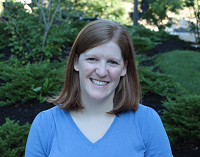 Allison is a freelance science writer who contributes to BrainFacts.org. After completing a doctorate in neuroscience and a postdoctoral fellowship in psychiatry at the University of Pittsburgh, she has focused her love of the brain in a new direction – helping to increase the public’s understanding of neuroscience and facilitate dialogue between scientists and society. She is a regular contributor to the Schizophrenia Research Forum and has written for the American Association for the Advancement of Science and Neuroscience For Kids.

McCann Worldgroup. Truth about youth. May 2011. 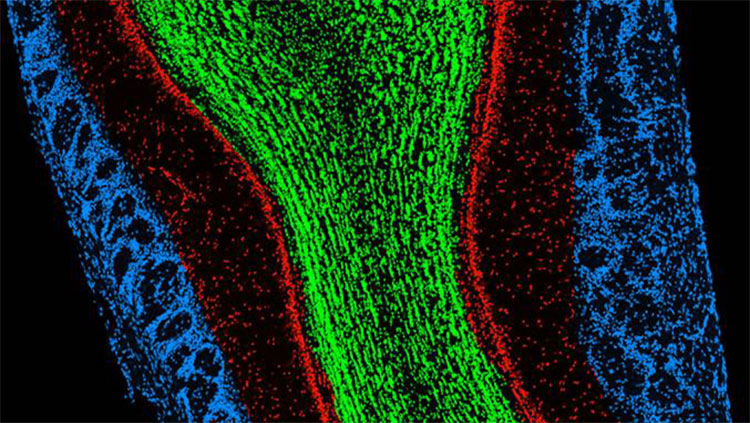 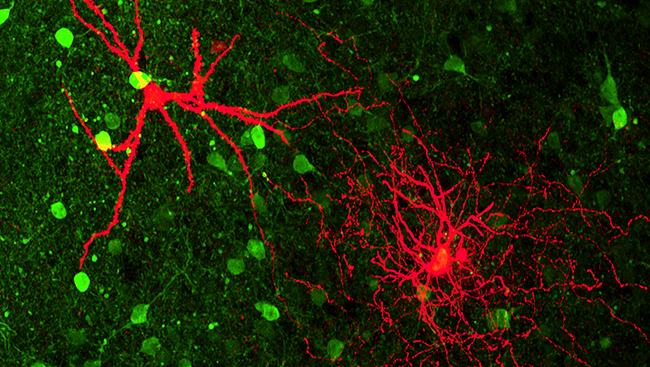 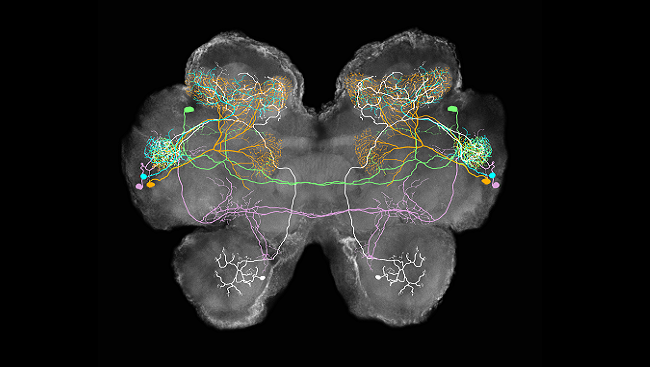 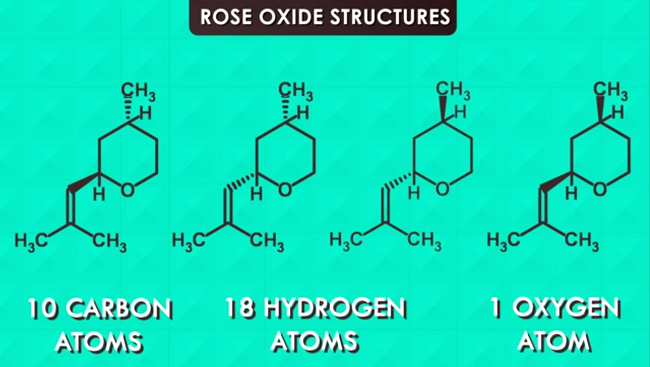 Why Do Roses Smell So Sweet?

Seeing Your Sense of Smell