Snakes on a Brain 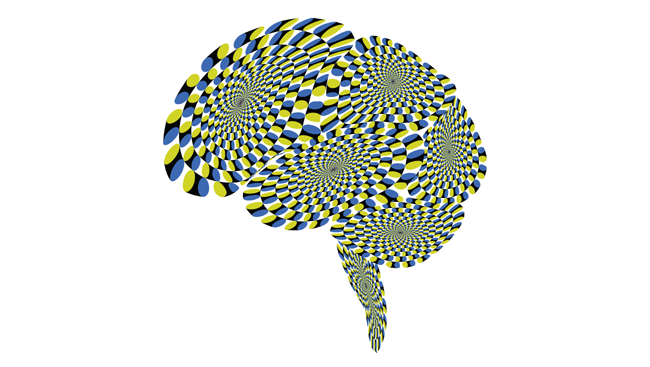 Is this brain rotating before your eyes? Actually, it’s only rotating in your brain. Rapid, involuntary eye movements paired with sharp contrast patterns in an image may cause the brain to perceive motion where there is none.

The image above is a brain-shaped version of a known “rotating snakes” optical illusion by Akiyoshi Kitaoka, a professor of psychology at Ritsumeikan University in Kyoto. Normally presented as concentric circles of distinct gradients, the image creates the illusion of rotation to many viewers.

Researchers set out to determine whether this illusion is the result of small, jerky, involuntary movements your eyes normally make as they look at an object. The researchers surmised that these movements paired with sharp, repetitive contrasts in the image trigger a motion signal in the brain, tricking you into thinking a stationary image is spinning — or slithering.