The Pathway That Helps Know What You See 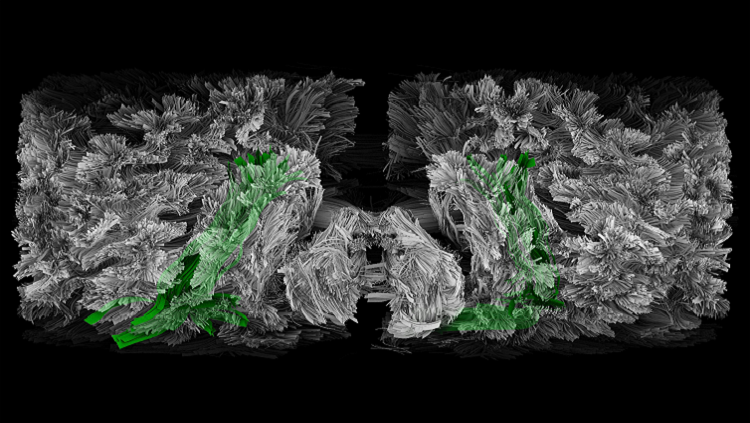 Like a cranial bigfoot, the existence of this green pathway has long been controversial. But MRI machines tracking the movement of water molecules have confirmed that the visual areas at the back of the brain do connect directly to the speech comprehension areas on either side. Researchers call this wiring the inferior longitudinal fasciculus (ILF).

Technology has advanced enough to show that the ILF has four layers and connects with a handful of nearby pathways. Early research suggests that one of the link’s many functions is to help us understand what we see. People with damage to the right ILF have trouble recognizing familiar faces, for instance, while those with damage to the left understand less of what they read.

But IFL links appear to be plastic. One study found that studying Morse Code strengthened the ILF. Some researchers speculate that stroke patients who recover their speech do so in part by reforming this connection.