Addiction, and other mental disorders linked to it, have widespread consequences for society. 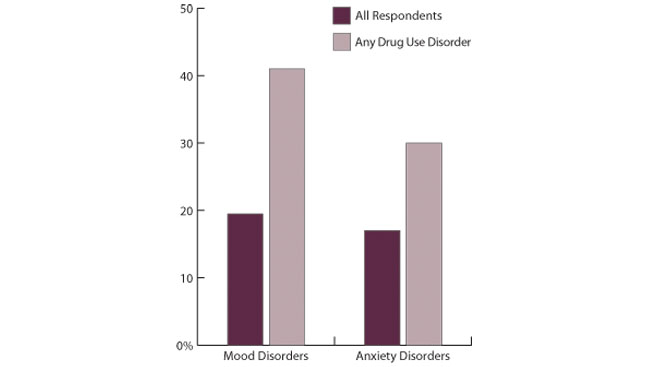 Research data shows the high coincidence of mental illness and drug use disorders.

When one person is overcome by drug abuse and addiction, the burden is shared by millions. Chronic drug use not only harms people’s livelihoods and loved ones, it also adversely affects the economic, social, and professional well-being of the world’s citizens.

Each year, more than half a trillion dollars is lost to substance abuse in the United States alone, according to the U.S. Office of National Drug Control. Those losses are realized across the board — in health, criminal, and productivity-related areas. That impact totals about $181 billion for illicit drugs, $168 billion for tobacco, and $185 billion for alcohol.

Even more worrisome are the statistics on drug-induced mortality. The Centers for Disease Control and Prevention reported that more than 38,000 people in the United States died of legal or illegal substances in 2006. That figure doesn’t even include the 300,000 to 450,000 deaths each year attributed to nicotine addiction.

As disturbing as these numbers are, they don’t reflect the unquantifiable impact of drug abuse. Drug abuse dissolves families, shreds the social fabric in neighborhoods, leads to loss of jobs and income, contributes to poor school and job performance, and is often a causal factor in domestic violence and auto accidents. The consequences of substance abuse for children in society are especially tragic. Drug-addicted parents often don’t properly care for their children, neglecting medical and educational needs, and failing to provide basic food and shelter.

When parents fail, the government must step in. These deficits are ultimately made up for by the taxpayer. Although more than 75 percent of illicit drug users are employed, these adults are more likely to frequently change jobs, be involved in accidents, be absent, and be less productive even when at work. Notably, heavy drinkers are absent from work four to eight times more often than non-addicts.

Addiction as a Brain Disorder

Drug abuse and addiction has been classified as a drug use disorder — a mental disorder — by the American Psychiatric Association’s Diagnostic and Statistical Manual of Mental Disorders, the standard used by medical professionals. That drug abuse is a brain disorder may come as a surprise to some. Addiction is at times mistakenly viewed as a character flaw or a lack of resolve; but studies of the brain show drug addiction is a disease. 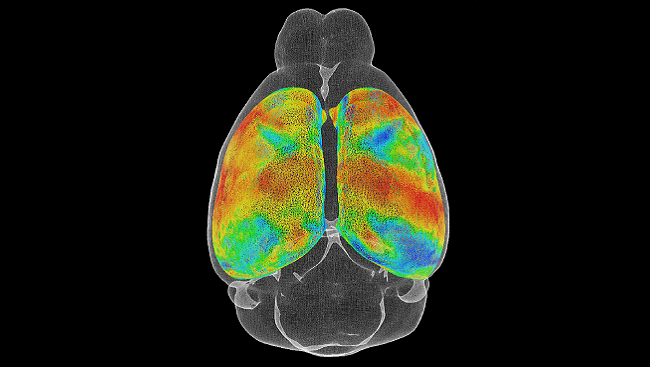 The hallmarks of drug abuse — compulsion, tolerance, and withdrawal — are caused by chemical changes in key brain areas. Drug use disorders often coexist with other mental disorders. When two or more disorders or illnesses are present in the same body, the condition is called “comorbidity.” Often, these conditions exacerbate one another.

Data collected by the National Institute on Drug Abuse show people diagnosed with mood disorders are twice as likely to abuse or be dependent upon drugs. In fact, the brain areas changed by drug abuse are the same ones disruptedby depression, anxiety, or schizophrenia. Symptoms also overlap. For medical professionals, deciding whether a behavior is due to drug dependence or another mental disorder is tricky, and diagnosis and treatment are challenging.

One example is the correlation between tobacco use and schizophrenia. In clinical studies, as much as 90 percent of schizophrenia patients smoke. Overall, individuals with psychiatric disorders buy about 44 percent of cigarettes sold in the United States. These commonalities may occur because mental patients are self-medicating with tobacco or other drugs. Some theories even suggest nicotine may ease some symptoms of schizophrenia. Conversely, drug abuse may elicit latent symptoms of mental illness.

Genetics studies suggest if a person shows signs of one disorder, he or she is more likely to have a second one. This may be due to overlapping genetic risks. Similar environmental triggers, such as stress or trauma, may also contribute to both conditions. Researchers have determined early exposure to drugs alters the developing brain in ways that may make it more susceptible to mental disorders later on.

The scientific community continues to work on understanding diseases of the brain to ultimately contribute to global solutions. The stakes involved in the drug epidemic make action on behalf of our fellow human beings a social and moral imperative.