What is the brain and what does it do? People’s perceptions about the brain have changed over the course of history. From ancient Egypt to modern day, explore how different cultures and time periods have thought about the brain in this video from Princeton University undergraduate student Yayoi Teramoto, submitted for the 2013 Brain Awareness Video Contest.

I asked a group of children aged 5 through 8 whether they knew what the brain is and what it's useful for. Some of the answers I got are probably close to our general conception of brain: It is something squishy and wrinkly inside our heads that works like some sort of machine that helps us think, and do things like move and eat. So simple even a child knows about it, right?

But in fact, the concept of what a "brain" does has changed a surprising amount across history.

A long time ago, Egyptians were very concerned about the afterlife. They believed that a person couldn't go to the afterlife unless they had a body, which is why they mummified pharaohs and preserved vital organs in canopic jars. However, the brain wasn't one of these organs. During the embalming process, the brain would get scrambled up and thrown away. The Egyptians thought the brain was worthless!

The Greek philosopher, Aristotle, for example, argued that the organ of thought and sensation was the heart and that the brain just served to cool it down. Even with descriptions of brain anatomy like the ones performed by Rufus of Ephesus, the function of the brain remained a mystery.

However, the idea that the brain did more than cool the body down was supported by observations of what happened after brain injuries. The Romans were constantly at war, so physicians like Galen treated many injuries to the head, and noted that such injuries had effects on behavior and mental ability. But how did the brain work?

The brain is so well protected that it is hard to see what the brain is doing when somebody is alive. For a long time, we learned about the brain by studying patients that had specific problems, and when they died, they looked at the brain to see what parts were damaged. However, we now have better technology that allows us to look at how the brain functions using things like EEG and fMRI. We now know that cells in the brain called neurons will communicate using small electrical signals called action potentials.

The intricate networks of neurons and the electrical nature of their communication makes it difficult for scientists to understand what is going on in the brain even though we have come a very long way. One popular idea is to think of the brain in terms of a machine. This was first proposed by René Descartes in the 17th century, but took a new spin with the rise of computers and artificial intelligence after WWII.

The idea that a brain is very much like a biological computer is appealing in many ways, because principles taken from electrical circuits have been successful in explaining certain aspects of neural communication. However, there are still some unresolved problems.

Perhaps, one of the key differences is that the brain is very noisy compared to a computer.
A computer encodes information using 0's and 1's. At the level of a machine these two are encoded as different voltages. Essentially imagine this as one voltage that will turn on a light and one that will turn it off. If the difference is large enough, even if we add some noise to the signal, the computer will still figure out when the light bulb is on and when it is off. However, in neurons, the voltage difference that a neuron needs to overcome to send a signal is much lower, so if we add some noise the neuron will fire at random times. This scenario would be terrible for a computer, but it seems to do no harm to our brains. In fact, it has been proposed that perhaps "noise" is actually useful to the brain. For instance, even though the computer's way of overcoming noise is very effective, it is not as power efficient, since a super computer will use orders of magnitude more energy than the brain.

There seems to be something fundamentally different between computers and brains. It is hard to predict how future generations will think of the brain, but one thing is certain… They will look back at us and think, "How did we ever think of the brain like that?!" 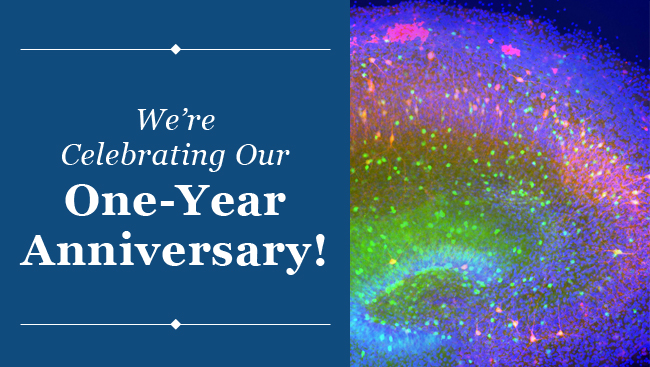