Magic and the Brain 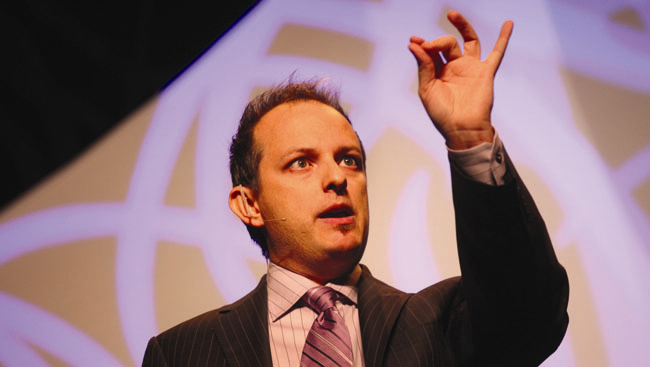 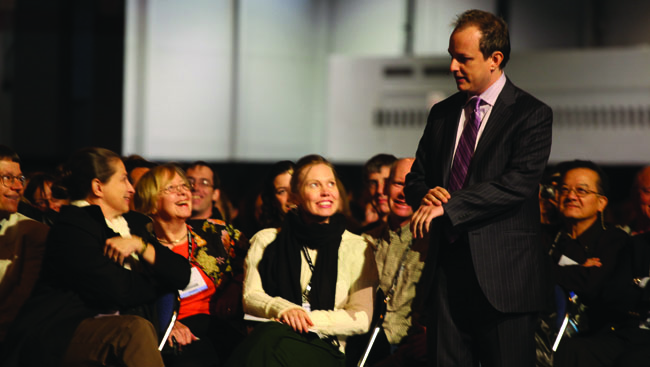 Apollo Robbins demonstrates a magic trick on an audience member during the discussion on magic and the brain.
Copyright 2009, Society for Neuroscience. All rights reserved. Photos by Joe Shymanski. 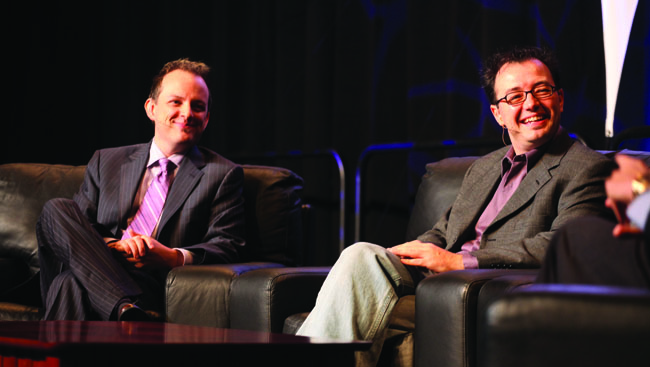 Magicians Apollo Robbins and Eric Mead discuss the connection between perception and illusion during their lecture on magic and the brain.
Copyright 2009, Society for Neuroscience. All rights reserved. Photos by Joe Shymanski.

Rabbits popping out of hats, smoke and mirrors — these are some of the images that come to mind when people think about magic. But what about magic and the brain? Delving beneath the surface, magicians and neuroscientists share a deep desire to understand the inner workings of the human brain.

A significant amount of brain research focuses on gaining insight into perception, memory, and attention. While neuroscientists are occupied with discovering the biology behind these processes, magicians are interested in controlling and exploiting them to create illusions. During the “Dialogues Between Neuroscience and Society” presentation at Neuroscience 2009, renowned magicians Apollo Robbins and Eric Mead discussed the links between magic and neuroscience, and provided insight into how these seemingly disparate fields influence each other.

The Art of Illusion

Magic is an ancient art, and professional magicians take their craft seriously, studying its vast literature and discovering new methods and principles through field work and research. The key foundation of magic is understanding people — their experiences, awareness, and expectations — so that magicians can manipulate the audience’s assumptions with precision and skill. This ability to understand perception is critical for executing and maintaining an illusion.

Magicians use their talents to both distract and focus the audience’s attention. Small, subtle hand movements embedded into larger, more obtrusive actions play upon a person’s awareness during an illusion, Mead explained. Eye movements and pattern recognition can be used to the magician’s benefit, effectively allowing the performer to deceive and manipulate the audience by exploiting the brain’s natural processes. For example, the cliché postulates that “the hand is quicker than the eye.” In actuality it’s not about speed, but rather a magician’s ability to control or misdirect the audience’s vision away from his hand movements. “Forcing” is used in some card tricks — the performer repeatedly shows a particular card to subliminally influence the audience’s selection. Magicians also can manipulate audiences to accept false information by providing assumptions, such as implying the card deck was shuffled by another person.

The scientific literature explaining the neural processes exploited by these tricks has benefited magicians like Mead, who are not only interested in how to mislead the audience, but also want to understand how their actions affect the mind. Scientists, on the other hand, could use similar illusions to gain insight into the underlying brain processes and mechanisms involved in human cognition and perception.

The principles of magic — that is, the exploitation and manipulation of attention and memory — could potentially offer brain researchers new avenues for clinical research or therapy. Adding the principles of magic to the study of disorders involving attention, social deficits, or memory may help provide better insight into healthy brains and the underlying causes of some neurological diseases.

Individuals with autism, for instance, have an impaired ability to relate to the outside world, often accompanied by an abnormal gaze.The way magic draws visual attention may provide new methods for studying or potentially treating the disorder. In addition, researchers could use illusions to study specific memory loss in patients with dementia or other forms of cognitive decline.

Other neurological disorders, like those involving motor impairment, could also potentially benefit from magic’s inclusion in rehabilitation therapy. “The mastery of movements required for performing becomes unconscious,” Robbins said while discussing his own childhood problems with motor control. For patients suffering from similar ailments, the repetitive nature of these gestures could provide possible alternatives for relearning muscle movement and management, Robbins suggested.

The tricks employed by magicians are informed by brain research and have the potential to further illuminate the biology of human cognition and perception. By understanding how magicians“hack” the brain, scientists have an exciting new opportunity to study brain function.