Despite numerous advances in the testing and treatment of multiple sclerosis, the disease still has no cure. A third of people with MS eventually lose the ability to walk, and many others can do so only with a cane or crutches. 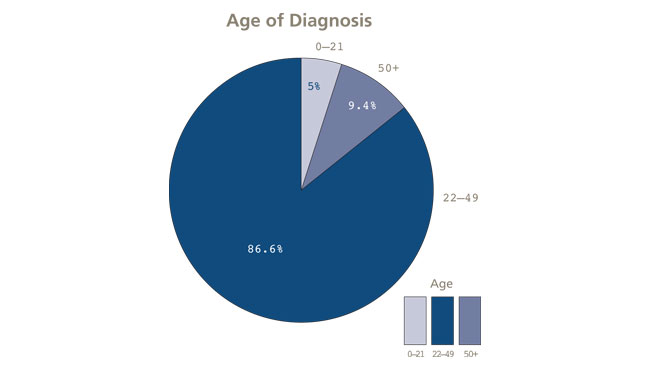 A devastating feature of multiple sclerosis is its timing: It strikes far more often during adulthood than in childhood or middle age. Many people subsequently become too disabled to work, contributing to the estimated yearly costs of $28 billion in medical expenses and lost productivity.

In extreme cases, blindness, complete disability, and even death are possible. Fortunately, scientists supported by the National Institutes of Health and other research agencies around the globe are making progress in understanding the root causes of MS and discovering ways to stop or even reverse the course of the disease.

Research Brings Hope for the Future

Many brain researchers are focusing on discovering exactly what makes people susceptible to the disease. For instance, although MS is not considered an inheritable disease, scientists know that genetics play a significant role — someone with an MS-affected parent or sibling is almost 20 times more likely to develop the disease than a person with no family history.

Recent studies have found several mutations that increase disease vulnerability, including in the genes for immune-system components interleukin-2 receptor and interleukin-7 receptor. Human tests have already begun on an antibody drug that targets the former.

Other work is investigating the role of environment. For instance, people living near the equator develop MS less often than those living in higher latitudes, and neuroscientists are now testing whether vitamin D, produced during exposure to sunlight, might help fend off the disease. Other research continues to look at whether infections — such as by the Epstein-Barr virus — can trigger MS development, although so far no definite links have been found.

Meanwhile, work continues on new diagnostic methods. For instance, neuroscientists are working on more definitive blood and spinal fluid tests for MS, including direct detection of anti-myelin antibodies. Researchers also are searching for changes in brain shape or chemistry that might help them predict, track, or preemptively treat the disease.

New treatments also are in advanced development. Several pharmaceuticals that reduce immune system function are currently in Phase III testing, the final stage before potential approval for general treatment in people. Many more drugs are in earlier phases of testing.

Other research is looking at ways to reverse damage that occurs in MS. For example, scientists are investigating chemicals that might induce the growth of new glia, brain cells that make myelin and sometimes die during MS. Stem cell injections also have shown promising results in animals in replacing these cells. Stem cell and other techniques might lead to methods for regenerating or repairing axons damaged in MS.

The damage that occurs in MS resembles that seen in Parkinson’s, Alzheimer’s, and Huntington’s diseases. Increased research funding for MS also is likely to benefit the millions suffering from these related, crippling brain disorders. Furthermore, insights into MS may pave the way for more general treatments for other common autoimmune conditions, including lupus, type I diabetes, and rheumatoid arthritis.