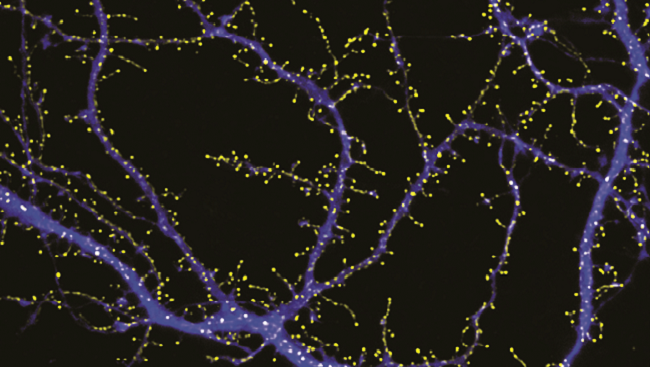 For decades, researchers have been studying attention deficit hyperactivity disorder (ADHD), but identifying the scientific underpinnings of the disorder has been challenging. In recent years, painstaking research at the molecular and cellular level has yielded important new insights.

Brain chemical transporters, like the ones for glutamate shown in yellow, may be important in human health and disease, including ADHD.

What has been particularly puzzling is why stimulants such as methylphenidate (Ritalin®) have a calming effect on people with ADHD — the so-called Ritalin paradox. Interestingly, studying addictive drugs such as cocaine has helped answer this question. That’s because cocaine and methylphenidate are quite similar. Research has shown that cocaine and other stimulants block cells from disposing of dopamine, a brain chemical that produces pleasurable feelings.

How does dopamine work? During pleasurable experiences, it is released into the synapse, the space between communicating brain cells. It then binds to receptors in the receiving cell that specifically recognize and respond to dopamine. In the sending cell, the dopamine transporter is responsible for the re-uptake and storage of the extra dopamine in the synapse. Cocaine blocks the transporters, causing dopamine to accumulate in the synapse.

This finding opened the door to a new research path. Research by SfN Past President Susan Amara made studying dopamine transporters in depth possible. Amara and her colleagues figured out how to clone the gene for another transporter, for the brain chemical norepinephrine. This breakthrough allowed Amara and others to identify and study the genes for many other neurotransmitter transporters, including the dopamine transporter. Now, researchers could study how drugs interact with transporters, how the transporters function under different conditions, and how they are regulated. They could also create mice without any transporters at all.

The role for dopamine transporters in the Ritalin paradox became clear once researchers in Marc Caron’s laboratory began studying their function in “knockout” mice — mice bred to lack dopamine transporters. Studies showed these mice were unable to clear dopamine. Behaviorally, the mice were hyperactive, much like children with ADHD. At this point, the relationship between dopamine and ADHD began to emerge. It was further clarified when the researchers gave the knockout mice cocaine or amphetamines. As with many children with ADHD who take Ritalin, the drugs calmed the rats down, suggesting that without dopamine transporters, stimulants behave quite differently.

Research in people has validated these mouse studies. Using positron emission tomography (PET) scans, researchers compared brain activity of adults with and without ADHD. The study suggested that people with ADHD have lower levels of both dopamine receptors and transporters than other healthy adults.

Recently, researchers in the laboratory of Randy Blakely, one of Amara’s early collaborators, identified a change in the gene sequence of the dopamine transporter associated with ADHD in people. Research showed this genetic change altered the distribution and function of dopamine transporters in cells. This research brings us one step closer to understanding the cellular and molecular underpinnings of ADHD.

Viewed together, this body of work is beginning to make the case that ADHD is the result of impaired function of the dopamine system. Beginning with Amara’s initial basic science investigation of transporter function, researchers are getting closer to identifying how ADHD affects the brain and why a stimulant is an effective treatment. This research may one day identify medications that can better target this system, easing problems associated with ADHD. 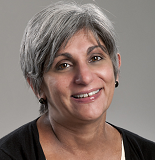