Karen Steel: The Genetics of Hearing

Karen Steel is a principal investigator at the Wellcome Trust Sanger Institute and founder of their Mouse Genetics Programme. Her work focuses on the genetics of deafness, using mice as a model to identify individual genes known to cause hearing loss. She was a joint recipient of the prestigious Brain Prize from the Grete Lundbeck European Brain Research Foundation in 2012. 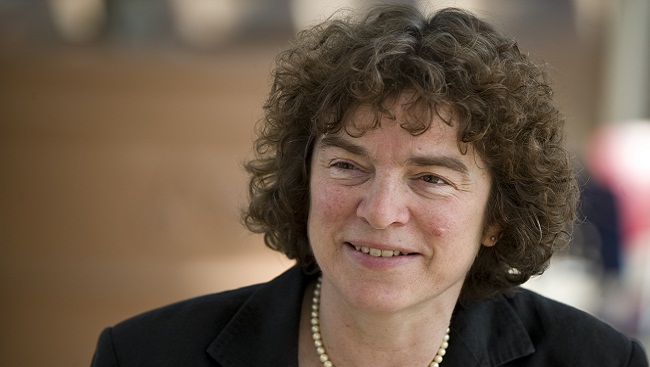 Karen Steel is a principal investigator at the Wellcome Trust Sanger Institute and founder of their Mouse Genetics Programme.

I had two outstanding teachers at school who taught me biology up to the age of 18, and they were inspiring. When I was 17 or 18 they took us to a talk at Bristol University by [Nobel Prize Winner] Dorothy Hodgkin, and that was the first time I had heard of a woman conducting research, and certainly the first time I heard of a woman addressing an audience of well over 500 school children. She was inspiring as well, and that experience confirmed my interest in research and biology.

What are you working on?

My main interest is in understanding hearing and deafness — particularly, the influence of genetics on hearing impairment. It's a fascinating and quite tricky problem because there are many genes that may be involved with hearing, probably about 500 different genes, any one of which may underlie the condition in an individual person. We also know the environment has a big impact on a person's hearing ability, so we know noise, drugs, and infection can all affect hearing. So, trying to disentangle your genome from the environment is sometimes tricky.

Hearing loss is a serious problem in the human population, especially progressive hearing loss. As people get older, many start to experience deterioration in their hearing ability. Most people just accept it as part of growing old. But I don’t agree. One day there will be something we can do about it, but we have to understand the molecular basis of that deterioration so we can think about treating it.

How has recent technology helped your work?

When I first started out, it was just a dream that we could find specific mutations that cause diseases. Eventually, a bioprocess called positional cloning was used to identify a gene based on its position in a particular chromosome. Now we have the sequence [of the genome]. It's a tremendous advantage in analyzing variations in the sequence that might underlie the disease or disorder in question. It has completely revolutionized what we do.

Of course, it's not going as fast as people suggested about 10 years ago when the human genome was first published. People talked about a revolution in terms of a few years rather than 20 or 30 years, and I think that wasn’t such a good idea because there was a lot of hype that hasn’t been fulfilled. You really need to think about a longer timescale, where it will make you rethink the way we think about disease.

What do you see as the significance of your research?

From an early stage I realized there were going to be a lot of genes involved with deafness and that every single gene was like a keyhole that opened a door to understanding a broader molecular process that affected the ear.

Think of it as a 1,000-piece jigsaw puzzle. We've started to identify genes one at a time, but the picture would be limited if we only had one piece. It is much more important to get all the pieces and then put them together. One of the things I’ve done consistently for the last 15 years is to identify as many genes as possible that we know underlie deafness to one degree or another, from mild to severe hearing loss. Because once we have those genes and molecules, we can see more of the picture.