The Truth About Lies: The Science of Deception 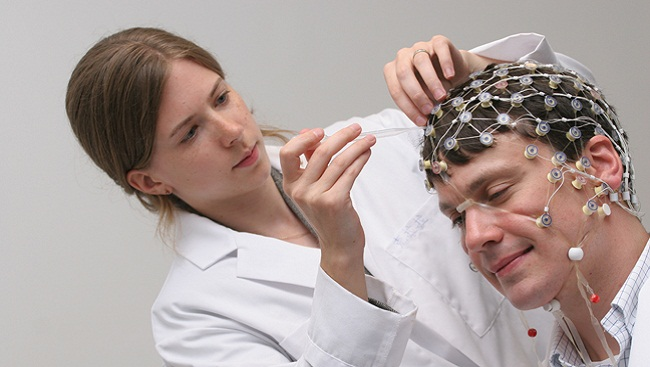 Researchers can measure brain activity using electrodes on a person’s scalp, such as those seen above. Such information can provide clues about lying and truth-telling.
Society for Neuroscience

Everyone lies. Sometimes we do so with good intentions; for example, to avoid hurt feelings or circumvent an awkward situation. Other times, the motive for deception is not so pure.

Regardless of why we choose to lie, scientists want to understand how the brain works when we stretch the truth. By analyzing the changes that take place in the brain when we deceive, scientists hope to learn more about the process of lying and, ultimately, how to detect it.

Lying in the laboratory

Scientists believe that a lie is made up of two parts: a person must create the lie and also withhold the truth.

To study deception in a laboratory setting, scientists create a variety of situations in which people are asked to lie. One popular test is the ‘mock theft’ paradigm, where each volunteer is told to take one of two items, such as a ring or watch, from a room and hide it in a locker. The volunteer is also instructed to deny having either item (a lie in one case and a truth in the other) during subsequent questioning.

Before questioning begins, electrodes are placed on the participant’s scalp. The electrodes record event-related potentials, which measure electrical signals on the surface of the brain. Such signals can provide clues about how the brain performs during lying and truth-telling. However, because this technique measures the activity of large brain regions, it is not suited to identify the exact brain areas involved when telling a lie.

Over the last decade, scientists have used functional magnetic resonance imaging (fMRI) to more accurately locate regions of the brain that change when a person lies. This technique measures changes in blood flow in the brain — a reflection of neural activity — as people answer questions while inside of a scanner. The resulting images pinpoint brain activity in specific regions during the lie and truth phases of the deception paradigms.

Although several brain areas appear to play a role in deception, the most consistent finding across multiple fMRI studies is that activity in the prefrontal cortex increases when people lie. The prefrontal cortex, situated just behind the forehead, is a collection of regions responsible for executive control (the ability to regulate thoughts or actions to achieve goals). Executive control includes cognitive processes such as planning, problem solving, and attention — all important components of deception — so it’s no surprise the prefrontal cortex is active when we lie. Dishonesty requires the brain to work harder than honesty, and this effort is reflected by increased brain activity. Studies even show people take longer to respond when lying.

While lies lead to greater activity in the prefrontal cortex, so do many everyday tasks, such as cooking dinner or playing a game of chess, explains Josh Greene, who studies moral judgment and decision-making at Harvard University. “It’s not like there’s some ‘lying’ part of the brain” that is only involved in deception, he says.

Most neuroimaging studies of deception have examined this behavior in healthy people, so information about how the brains of people who lie compulsively differ from healthy people remains largely unknown.

Even without a clear ‘lying’ region, researchers can use fMRI to detect when a study participant is telling a lie in the laboratory with about 85 percent accuracy (polygraph tests, which measure changes in blood pressure, skin conductivity, and respiration during questioning, produce similar accuracy in the laboratory setting). Even with such a high rate of accuracy, however, use of fMRI and polygraph tests to identify deceit outside of the laboratory is controversial.

Two U.S. companies market fMRI lie detection commercially and a few court cases around the world have considered using it as evidence. But both have received much opposition from the neuroscience community.

How closely do laboratory paradigms model real-world lies? Not very closely, says Stanford University’s Anthony Wagner, who studies memory and has testified in court against the validity of fMRI lie detection. As Wagner explains, laboratory studies involve instruction to tell a low-stakes lie about an action they recently performed. However, in the real world, lies are self-generated, often high risk and emotionally charged, and lie detection may occur years after the event in question.

As neuroscientists like Wagner and University of Plymouth professor Giorgio Ganis see it, right now there isn’t enough evidence to support the use of fMRI for lie detection.

“Any application of this technique in the real world is premature,” says Ganis, who studies deception using brain imaging. However, with more sophisticated analysis and technology development, he concedes there may one day be a future for accurately detecting deception. 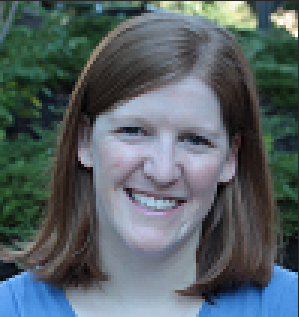 Allison Curley is a freelance science writer who contributes to BrainFacts.org. After completing a doctorate in neuroscience and a postdoctoral fellowship in psychiatry at the University of Pittsburgh, she has focused her love of the brain to help increase the public’s understanding of neuroscience.

Abe N. The neurobiology of deception: evidence from neuroimaging and loss of function studies. Current Opinion in Neurology. Dec; 22(6):594-600 (2009).

Podlesny JA, Raskin DC. Effectiveness of Techniques and Physiological Measures in the Detection of Deception. Psychophysiology. 15(4):344-59 (1978).

The Polygraph and lie detection. National Academies of Science, 2003.