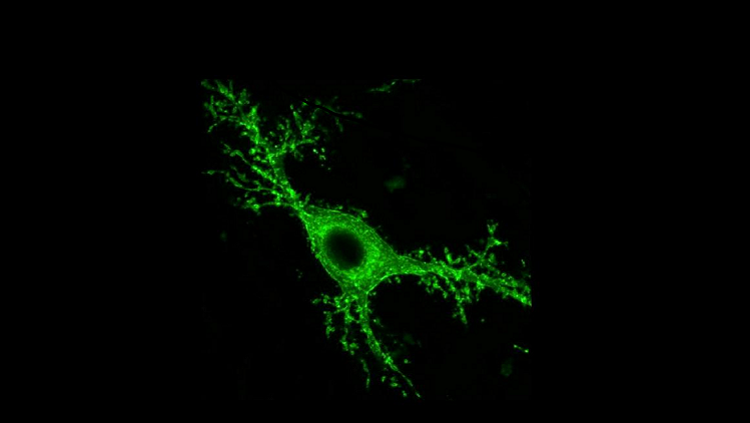 This is a mossy cell, named for the moss-like structures that cover the cell body. They live in the hippocampus, the part of your brain responsible for memory. Though the exact function of these cells is still under debate, it’s clear that they play an important role in the creation of new neurons and the functions of memory. They are also very susceptible to injury and disease. Loss of mossy cells, through toxins or injury, is closely associated with memory loss and seizures. Researchers are currently investigating ways to help protect these cells, which may be a way to help alleviate the symptoms of disorders like Alzheimer’s disease, schizophrenia, and some forms of epilepsy.